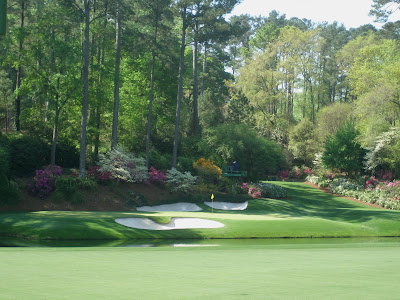 It's been a while since I've done a round-up; it's been busy around here and I haven't had time to blog with the same regularity as in the past.  My SiteMeter sure shows it but I've quit worrying about that.  I know summer is coming (6.5 more weeks of school!) and I can get back to posting political pontifications that a small handful of people even read.  Good times!  Nobody cares about my sad site stats so let's move on.

Steve and I have been on a roll of busy weekends dating back to the first part of February and this is the first weekend I've had with NO PLANS!  I love our day trips and excursions but sometimes I have to stay home and clean house.  Do yard work.  Those things just stack up, you know.  So that's all that's on tap for this weekend.  That, and watching The Masters.

In my reading list, well, I'm still fighting the Pacific war.  Right now I'm reading William Manchester's memoirs about his time in the Pacific.  I'm probably going to have to post something on that one because I have some issues with that book, but overall it's pretty interesting.  More on that later.

Let's get to the roundup and see what everyone else has been doing this week:

As expected, there's been lots of blogging on the budget battle.  William Teach puts some of it into perspective.  Ann Althouse comments on the Planned Parenthood debate.  Wyblog isn't happy with the deal.  Neither is Another Black Conservative.  The Daley Gator notes the lack of civility.  Don't forget in all of this that Obama promised to refuse to pay the troops.  Never forget.

Pundette wraps up the budget discussion with a survey around the web and comments.

Jimmie Bise looks at what would have happened had the deal not been struck last night.

The Other McCain had a rolling post of last night's events and was/is especially ticked off at the use of pro-lifers as a "bargaining chip."  An excellent point.

American Power has an interesting post of blog marketing and blogging in general.

Legal Insurrection has video of yet another strangely detached Obama speech - this one following the budget deal.

PoliticaljunkieMom comments on Andy McCarthy's rant against the budget deal.

Sick of Washington and politics?  Fishersville Mike has your Weekend Watchdog.  I love the Masters!  Love love love!

No Sheeples Here notes Oprah's lack of support for Obama in 2012.  Click over fast before she changes that header - it's priceless.

The Camp of the Saints has been watching The Kennedys.  I haven't - I kind of wish I had.

Adrienne has a new kitty - she's beautiful!  On a side note - we believe we've found a home for the cat Steve rescued.  We've got him placed for right now with someone who is taking good care of him but may not be able to keep him because of allergies.  We're hopeful it is going to work out, but for now, he's healthy and safe.

I'm going to cut it off here and get my Saturday started.  The house work beckons.  Have a great weekend and watch some of The Masters - it's beautiful.  Remember that Marizela Perez is still missing.  Spread the word.  Get outside and back away from the computer for a while!  Happy Saturday!
Posted by Pat Austin Becker at 10:17 AM

Thanks for linky love. I really like your posts on all your jaunts. We never go anywhere so I live vicariously through you.

Stat counter? Who gives a rip!!

I have been twice to Master's practice rounds. It's the most beautiful place. They blow the leaves or any thing that falls from the sky off every green after each foursome!

Have you guys been holding out on us down there in Shreveportwood?

I hear you on no plans for the weekend, though we won't have one of those for a few weeks yet. ; )Gearing up for a toddler birthday party on Saturday (at my house, what was I thinking?!)

Thanks for the link love!