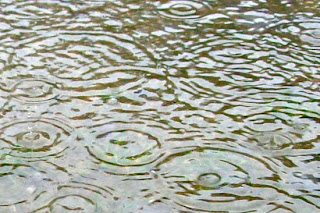 Looks like we're in for a rainy weekend and that's not a bad thing.  I was going to do yard work today but this gives me an excuse not to.  The down side of that is that I have plenty to do inside, including grading a huge stack of papers.  With three weeks left of school, I have my work cut out for me.  The only other major event on my schedule this weekend is that we're going to see Atlas Shrugged tomorrow at The Robinson Film Center.  I'm looking forward to that!

Now to the links:

Several folks linked my story on the Burr's fight against their Homeowners Association about the sign of support for their son who is fighting in Afghanistan.  I want to thank them for helping spread the word about this outrage:
Pecan Corner, Doug Ross, My Bossier, A Cop's Watch, RightWire, Right Nation, Legal Insurrection who made us Blog of the Day, and The Dead Pelican who kept the post linked for over a day.  If I've overlooked anyone, please let me know so I can add you to the list.  I'm staying in contact with the Burrs and will update the story as it develops.  I think it would be great if all their neighbors put up signs of support for Corey as well and let the HOA be damned!

Elsewhere around the blogosphere...

Legal Insurrection posts on the King & Spalding story and has a DOMA map of interest.

PoliticalJunkieMom has a roundup of reaction to Obama's decision to move Leon Panetta to DOD.

Stacy McCain posted on the Crazy Hats at the Royal Wedding and found what appears to be the inspiration for what I am now calling Beatrice's Dr. Seuss hat.

Doug Ross spreads the word on a wonderful sticky note campaign.  (Note to self:  Buy Post-its.)

The Lonely Conservative blogs about a sting on an Amish farm selling unpasteurized milk.

If you haven't had enough of the royal wedding yet, Cubachi has video highlights.

The Camp of the Saints has photos of the lovely Pippa Middleton.

That's going to have to be it for now.  I've got to hit the showers and get the day moving.  I have some errands to run before the rain arrives.  I want to be on the couch with a good book when the rain hits!  Have a safe weekend!
Posted by Pat Austin Becker at 9:59 AM

Thank you, Pat. I hope you enjoy the book - nothing like a good one on a rainy day.