Help for Your Hangover 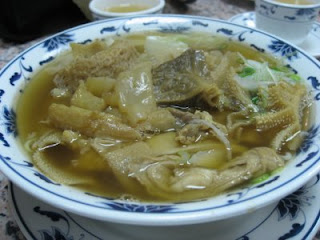 So did you have one too many last night? It's probably a little late now, but National Geographic offers some hangover helpers from around the world you might try next time you are over served:

In Germany you might resort to some pickled herring in a dish called rollmops in which fillets of the fish are rolled around onions and gherkin.

In Italy you would try some very strong espresso. In the Netherlands, more beer, of course.

In Mexico you might try shrimp, especially in a wet seafood salad combined with other shellfish, tomatoes, lime, onions and cilantro.

In Russia you would just go to the sauna and sweat it out, but on the way be sure to pick up some birch branches which you will use to whip yourself with.

In Romania, try some greasy, salty tripe soup which would have root vegetables, garlic, vinegar and cream.

And finally, if you are hungover in Poland, drink either sour milk or sour pickle juice.

In the United States, well, lots of things work. My personal preference is lots of aspirin, vitamin C and a spicy Bloody Mary. I'll pass on the tripe soup, thanks.