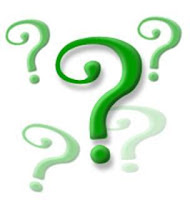 Update: As of today (2.2.09) this Fox story is in error. Congressional Quarterly reports that Obama is INCREASING the DoD budget by 8% which is online with what Bush had said was necessary. This is non-war spending by the way. While the DoD needs to cut wasteful spending in their budget, I am reassured that Obama is not cutting the DoD budget as previously reported. I criticize him enough when he deserves it and don't want to when he doesn't! I stand corrected on this one.

"A senior US defense official tells Fox tonight that the Joint Chiefs have been asked to cut the Pentagon's budget request for FY 2010 defense budget by more than 10 percent - about 55 billion dollars. Last year's defense budget was 512 billion dlrs. Service chiefs and planners will be spending the weekend "burning the midnight oil" looking at ways to cut the budget - looking especially at weapons programs. I am told. OMB is expected to announce a topline figure for the defense budget on Monday. Today Mr. Obama met with a small group of military advisers at the WH: included in the meeting Admiral Mike Mullen, Chairman of the Joint Chiefs, Gen James Cartwright, Vice Chairman of Joint Chiefs and Gen Jim Jones, NSC Chairman. I am told this is going to be a weekly small group meeting of his military advisers."

I know times are tough but if we can buy new cars for all the government workers why are we asking the Pentagon to cut their budget when we are in the middle of two wars and planning on increasing troops in Afghanistan?
Posted by Pat Austin Becker at 8:51 PM

regardless of the other things - on its own -the Pentagon's budget was something nuts % wise over the rest of the state department - it surely can afford to cut some.

how very patriotic and bi-partisan of you ;)

Carter cut funding for the military and it was a total disaster. The Air Force had to transfer engines from one plane to another in order for a certain plane to get the required air hours.

There wasn't enough money for training. So, they cut back on training. Due to the lack of staying current the percentages of accidents and death caused by those accidents rose.

I also remember a time or two when there wasn't any money to pay military members. Do that to a welfare recipient and see what happens.

Then Clinton who "loathed the military" decided he could cut Pentagon spending more than Bush One, so he made drastic cuts monetarily and in personnel. Everyone, who knew anything about the military, was saying this was a huge mistake. But everyone knows how to do the military's business better than the military. I mean after all, if military leaders weren't so stupid, they would be working at a 500 Fortune company, Right?

Just like every time there was a cut in military spending (Spanish-American War, WWI, WWII, Korea, up unto 9-11) something happened and there was mad scramble to get equipment and personnel.

Then when the Army put in the field to fight the battles we ask them to fight, due to the cuts we gave them equipment that was do outdated. That is unconscionable and should be criminal. "Private Jones, we have on paper, equipment that gives you a better chance to survive on the battlefield, but we had to cut the budget and the idea of developing that weapon system was scrapped. Now go get 'em boy! "
"And oh, by the way, the Russians developed a similar system and gave it to the enemy you're
going after. "

Granted, there is a lot of waste like $300 toilet seats for planes, or a screwdriver that costs over $600 when a $5 screwdriver from Sears would do.
So lets take the money from the Pentagon and give it to research on how condoms prevent STD's.