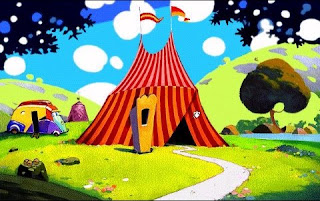 Somebody needs to make some popcorn because things in Washington are about to get really insane, and I'm not actually talking about Obama this time.

A quick roundup: first of all you have the Burris appointment and the Senate Democrats refusing to admit him, or at the very least to extend him few privileges. Burris, on the other hand, is threatening to sue Senate Democrats if they refuse to swear him in.

Then you have the Franken mess and the GOP promising to fight any attempt to seat him in the hotly contested and endlessly recounted Minnesota race.

And then comes Princess Caroline (not actually anointed yet) to replace Hillary Clinton; little Caroline who has never had a real job, never been in government service, never actually shown any interest in government work beyond upholding the Kennedy name. Late word is she will be the pick, even though it's not a "done deal" yet.

Things are certainly nuts in Washington - more so than usual - which is saying something. Then comes the inauguration/coronation of Obama and all the folks complaining about it not being kid-friendly. They can't bring their strollers and ice chests to the parade route. Do these people not have a clue about security issues? Seriously.

And of course, many of the elephants (the GOP) are planning to leave town for the inauguration.

All we need now are some trapeze artists and some sawdust and we've got it. We already have the clowns. The more I think I have seen it all, I am constantly surprised. That's why I love politics!
Posted by Pat Austin Becker at 9:24 PM

Will you be watching on Jan 20th? I am going to rent movies for that night.