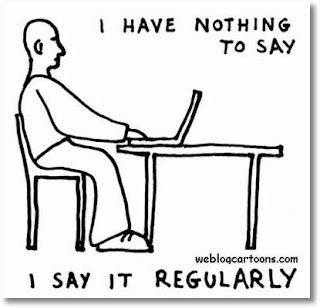 I've admired Obama sticking to the "one president at a time" mantra, but now I think he needs to speak out on the Israel/Gaza situation.

The problem is that nobody really seems to know what his position might be or how sympathetic he will be toward Israel, one of our own allies. There is one school of thought that suggests that Israel went ahead and retaliated against Hamas now because George Bush is still in office and they KNOW where he stands. In his Saturday radio address, President Bush said, "Since Hamas' violent takeover in the summer of 2007, living conditions have worsened for Palestinians in Gaza. By spending its resources on rocket launchers instead of roads and schools, Hamas has demonstrated that it has no intention of serving the Palestinian people."

He also said, "America's objectives in the Middle East will remain clear: We seek security and peace for our allies, the free people of Israel. For the Palestinian people, we seek a peaceful and democratic Palestinian state that serves its citizens and respects its neighbors. For all in the region, we seek an end to terror."

The blathering fools on HuffPo make me crazy in their criticism of Israel. Do they think that the people of Israel should just accept the 6400 rockets that have been launched at them over the past three years and do nothing? Diana West, author of The Death of the Grown-Up: How America's Arrested Development is Bringing Down Western Civilization, has an excellent analysis of the situation, the most poignant point being that the only grievance Hamas has is the very existence of Israel.

The Middle East situation has been screwed up forever, but right now, at this point in time, it seems to me that Mr. Obama would do well to make his position known; something beyond the soft platitudes he has issued so far. "One president at a time" has been the proper stance until now; now the world is actually looking to Obama to offer America's vision of "hope and change" for the Middle East.

(Image credit: weblogcartoons.com)
Posted by Pat Austin Becker at 11:48 AM

That's one thing that really bothered me during the election... Shepard Smith and his lame interview with Joe the Plumber aside LOL, we never got any real answers about Obama's feelings for Israel. I read a lot about it as this is one subject I've always been really interested in, but it never really made the news and between things he's said in the past and his "associations," I don't feel too comfortable with it.

BTW, speaking of his associations, did you see who's blogging at HuffPo now?

Question: Are we to infer from the timing that Obama greenlit the operation? I remember people like John Bolton speculating months ago that the IAF would make a run on Iran sometime between the election and the inauguration, partly to avoid putting the new president on the spot and partly to eliminate the possibility that he’d stop them from acting once in office. This ain’t Iran, but the principle still applies. Did The One sign off on this, or did Israel act now precisely so that he wouldn’t have to?

What do you think?

Oh yeah, I saw that on HuffPo; the distinguished guy in the neighborhood professor. Gag.

The problem is you can't tell because he still doesn't give concrete ideas on much of anything!! I'm surprised he actually named cabinet people. As you said, he needs to speak up. How long did it take him to say anything about the Georgia/Russia thing whereas John McCain was talking about it before GWB was.

But I do think (along with everyone else it seems) that Israel is trying to do as much to destroy Hamas as they can before GWB is out of office because they know he's going to back them up and they can't do a lot on their own. Wouldn't you if you were them?

I just can't help but be put off by headlines I read during the election such as "Palestinians Campaigning for Obama" and even "Farrakhan Praises Obama."

I hope it turns out that four years from now people like Farrakhan hate Obama, but I'm still not getting much of a feeling for what Obama's going to do about anything other than fix roads and bridges. (And if this doesn't make sense, I'm nervously watching my Falcons LOL)

BTW, if you look at Ayre's column, check out the comments..."We are so honored that you wrote for us, sir!"

pretty sure he'll get to it :)

honestly - in my brief low opinion - I think "creating" Israel (which in my opinion was this big gift out of guilt due to the Holocaust by the United Nations when there was no guilt necessary on anyone's party really but Hitler - god - am I saying this right?) and declaring a religious homeland for any religion is ridiculous- where is the Christians homeland? The Buddhist' homeland? etc. I think the fact that others already were settled there makes it even worse. So I don't think you can ever make that ok to a lot of folks. OF COURSE it's obvious that the freakin' Hamas is insane and ethnic/terrorist based via religion as well and frankly - yeah - you go bomb me over and over - you're asking for it - and now you're getting it-0 and you wanna cry stop b/c YOU put civilians around your targets. screw you.

It's all sorta effed up - I'm shocked any politician can make anyone honor what I think is an unfair and biased claim that Israel is so sacred to one set they should get to kick anyone out - especially when it was created. But yeah -Hamas - zero sympathy. You started it - you got it back.

Besides - who effs with Israel - those guys are damn heartless in war and crush anyone.

blah blahblah - it's effed up man!

Anyway - I think Obama is in a tough spot until inaugration but I see your point - I'm curious to get him in there too and let's see what happens.

omg is Caroline Kennedy shutting up yet>?!?!

hey - are you reading your book i got you?