Full Metal Jacket Reach Around: The Fall is Coming Edition 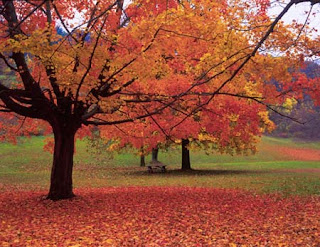 It's still 100 degrees outside, but I swear I can feel fall coming.  I can even see some leaves turning on the huge sweetgum tree on the corner.

Last weekend was pretty hectic with visiting family and going to see my Mom; this weekend, we're just takin' it easy and taking care of business.  I've got some serious housecleaning to do.  You know, you keep up with the surface stuff while you're busy and keep it from looking like total slobs live here, but eventually you start to notice that you need to do a little better job sweeping under that table, or scrubbing off those cabinets.  It's just getting to me.  I'm dying to fire up the carpet steamer today.

One good thing this week is that we're starting to find Octoberfest around town!  We were delighted to find it on tap at Hangar 2 when we went for Cook Your Own Steak night.  I was giddy with glee!  Then I found a few six packs at Albertsons.  They are now mine.  It's not out everywhere, but it's coming!

The teenager started college this week; fingers crossed that this goes well.

Troglopundit weighed in on the beer situation along with The Daley Gator.  Love Grandpa John's Cave picture!  Look at those guys!  Look at that beer!

Sister Toldjah reports on the WikiLeaks founder's arrest in Sweden.

No Sheeples Here covers the Hard Hat Pledge over the mosque.

The Other McCain has been keeping track of bank failures this year.

Pirate's Cove has Dick Cavett's opinion of the mosque controversy.

The Camp of the Saints has a precious dilemma!  Love this!

Fishersville Mike got an Instalanche this week!

Mind Numbed Robot has a new favorite song:  I Like Guns.

Little Miss Attila queries:  What is a luxury and what is a necessity?  And I would add...a "right"?

Very glad Mr. Corndog is on the mend.  We need Red!

Bride of Rove quells the panic over the new ICE memos.

Alrighty, I've got to get on this house cleaning thing now.  Y'all have a nice Saturday and try to find an Octoberfest somewhere near you!
Posted by Pat Austin Becker at 9:46 AM

I'd sent you a picture of Abby in her defurred state, but, frankly, its not pretty [can you say 'skinned chicken'].

One thing I've noticed over the years living back in Shreveport and seen the same thing here in Austin, around the middle of September it starts to cool off. It may go from over 100f to 95-93f, but you appreciate it and that lower 90's feels like relief.
When I go to the gym, I don't look forward to the working out, I am going for the runner's high. That is the same way I view the heat, I keep my eyes on the calendar and remember it won't always be hellishly hot.

The leaves are turning from heat stroke!

My good week - links from Instapundit, the Other McCain and Ace - all began after becoming your featured blog. That's the way to end the summer doldrums.

Thanks for keeping us on your radar Pat ;-)

Thanks a ton for the linky love!

For all of New Englands' noticable quirks and flaws, I'd say it's very difficult to beat that reigon in terms of fall foliage...