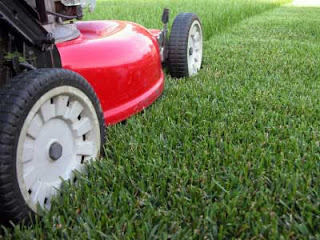 The first week of school is behind me now, and we'll be able to get into a routine next week and get rolling.  I've been wiped out and tired this week, but I miss the routine, so this will be good.  I've got a busy day today as my daughter, her husband, and my niece are coming over from Dallas to visit my mom at The Glen; I've got to get outside before the temperature hits triple digits and get the lawn mowed, then get inside and knock the dust off the furniture that's been accumulating all week.

I haven't blogged much this week, obviously and neither have I read many blogs this week, but again, routine will settle in and life will return to normal.  Let's get onto the links so I can see what my buddies have been writing about and what's been happening!

Althouse cautions against reading too much into Obama's "support" of the Ground Zero mosque; she points out that he didn't exactly say it's a good idea, just that they have the right to do it.  Pirate's Cove also takes a look at Obama's comments and agrees with Althouse's position, yet still finds misinformation in other parts of the comments.  Smitty wonders "how much contempt will Americans suffer?"  No Sheeples Here points out that Obama seems to have finally found a "church home" he likes. And don't miss Doug Ross's parsing of the statement, because he ROCKS.  Ed Driscoll has a great roundup of reaction to this and concludes Obama's statement is an "unforced error."

And in on a related note, American Power checks the guest list at the White House Ramadan dinner.  Wyblog wonders why the White House is so selective when it comes to religious diversity.

Troglopundit sees more to Bush's spontaneous greet the troops outing this week than meets the eye.

The Camp of the Saints capsulizes Stacy McCain's latest jaunt, which is nice because I've been unaware he was even on one since I haven't read much this week.

Caught Him With a Corndog has found a new blog; is Red turning foodie on us?

Ah, comic relief!  Sandy is cracking me UP with her lightbulbs!  Right there with ya, girl!

Sister Toldjah examines the issue of transparency once again, and notes the IG tie in.  Obi's Sister chimes in, too.

Pundette points out that the Brits are still sour on Obama.  "He fails to inspire."  True that.

Bride of Rove surveys the blogosphere and has some nice links.  I will NEVER go vegan BOR, never.  I had prime rib last night and it was fabulous.

Okay, I've got to go fire up the lawnmower; the temps are climbing an the clock is ticking.  Happy Saturday to you.
Posted by Pat Austin Becker at 9:23 AM

Tanks for the link back shout out. That new blog is a good 'un. I can smell it from here ;-)

Oh and 'turning foodie"? I've been busting my booty for the last eight days with INSANITY™ and it's not because I'm 'not' a foodie so there you go ;-)

1) Thanks for the link love.

2) I guess even though you're an expert at mowing-down the Leftists, you still do need to practice now and again.

Thanks for the link. Sorry it took so long to see it. I'm sulking about, you see, in my newly empty nest.