2012 Doesn't Look So Bright After All 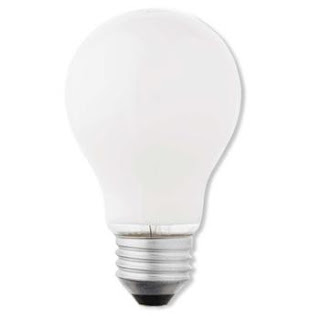 As January 2012 rolls in the incandescent light bulb begins to fade away.

The Energy Independence and Security Act - signed into law under president George W. Bush in 2007 - requires light bulbs to use at least 25 percent less energy and that friend endangers the good old-fashioned incandescent bulb.

Here’s the good news: those bulbs don't disappear immediately because the law unfolds in phases.  But starting Sunday - the traditional 100-watt bulb will no longer be manufactured in this country.  The next to go is the 75 watt bulb next January... And in 2014 we'll be saying goodbye to the 40 and 60 watt versions.


It doesn't exactly speak well of the Republicans that they couldn't even save the light bulb.

The squirrely, curly CFL light bulbs, as we all know by now, practically require a hazmat team to come in when you break one:

Once you've cleaned up the mess (don't use the vacuum!), sealed it and placed it outdoors, you should continue to air out the house for several hours and leave the heat or a/c off.

Look, incandescent bulbs are inexpensive, provide nice light, and can even be a heat source, thus potentially reducing heating bills.  But the bottom line is the total nanny-state-ness of the government, Republican or Democratic, telling me what kind of light bulb I can use, well, it's just intolerable.

And in case we're all too stupid to figure the light bulb situation out, some greenie has even developed an app to help us out:


If you haven't planned ahead and stocked up on incandescent bulbs, there is still time.  Stores will be allowed to sell them until supplies run out.  Home Depot and Lowes are reported to have plenty at the moment, and there's always Amazon.

As for me, I've been stockpiling 100 watt bulbs for a couple of years. I'm not likely to ever run out unless I open a black market operation.  I hate the CFLs and am not a big fan of the LEDs.

I guess we could just go back to candles and do away with all of them.  But then, it wouldn't be too long before liberals found something wrong with that, too.