Yes Virginia, There May Actually Be More Candidates on Your Ballot! 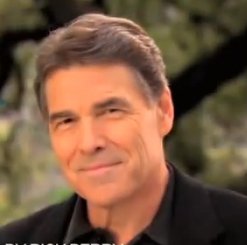 Virginia's Attorney General is stepping into the GOP ballot bust.  Via Fox:

"Recent events have underscored that our system is deficient," he said in a statement. "Virginia owes her citizens a better process. We can do it in time for the March primary if we resolve to do so quickly."

Cuccinelli's proposal is expected to state that if the Virginia Board of Elections certifies that a candidate is receiving federal matching funds, or has qualified to receive them, that candidate will upon request be automatically added to the ballot.


Doug Powers points out that things will have to work quickly, however.  Absentee ballots need to be mailed out by January 21.


The last polling I saw from Virginia (and there is likely something more recent) showed Rick Perry with a decent chance there, but that was back in October.  Cain was still in the race then.  Much has changed.

It does appear that the Virginia process is overly onerous and with Cucinelli getting bi-partisan support on this measure, we might be able to get a better result from Virginians as to their actual candidate preference.