Irony Flips and Flops and Other Loose Thoughts 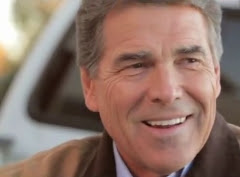 Can't seem to get my head to focus on any one issue today.  We've been working on Mr. SIGIS's man-cave today and I'm pondering the irony of that.  If it's a Man-Cave, shouldn't HE be decorating it?  Yeah, so I'm done with that.

Speaking of irony, isn't there some irony in Rick Perry suing Virginia over its "onerous" ballot requirements?  Taegan Goddard beat me in noting that out loud, but it's true, nonetheless.  That being said, I'm not sure he doesn't have a point.  Allahpundit:

So I ask again: Is he right? A law professor interviewed by NBC says the lawsuit “now faces long odds, both legally and politically” (partly because they should have challenged Virginia’s requirements earlier), but some federal appellate courts have sided with Perry on this. Here’s one case, from the Tenth Circuit, finding state residency requirements for petition circulators unconstitutional; two other federal appellate courts have ruled similarly. The question is whether the Fourth Circuit, which covers Virginia, will rule the same way. How lucky do you feel?

And speaking of Rick Perry, his new stance on abortion is raising some eyebrows.  He now opposes abortion in all circumstances:

“That transformation was after watching the DVD, ‘The Gift of Life,’” Perry said. “And I really started giving some thought about the issue of rape and incest. And some powerful, some powerful stories in that DVD.”

Perry said a woman who appeared in the movie who said she was a product of rape moved him to change his mind about abortion.


Iowa caucuses are a week away; coincidence or no?

“She said, ‘My life has worth.’ It was a powerful moment for me,” Perry said.

For argument’s sake, I’ll give you three reasons why this might not be pure political expedience at work. One: It wouldn’t be the first time personal testimony on a hot-button issue made a deep impression on Perry. His experience with Heather Burcham clearly touched him too. Two: It seems almost too desperate. Precisely because the timing reeks of expedience, there’s a risk that more social cons will perceive it as pandering and will dismiss him as a phony than will be charmed by his newfound commitment. If he was going to flip on this for reasons of political gain, why not do it several weeks ago instead of in the middle of his final Iowa push? Three, most importantly: How does he gain from it, really?


One of the comments at Hot Air:

It is part of the problem I have with him. He is too easily led astray of what is right by what is “right” in a progressive way. Obviously moving to the right on abortion is not a progressive direction, but what happens when it is illegal aliens or even people in other countries who want to come here on the tax payer dime for life saving medical care? I sure as hell do not want to be paying for their healthcare because Perry met some Guatemalan refugee in need of a transplant.


It's a valid point, but again, it's a stance that is consistent with Perry's faith and positions.  I'm willing to believe him on this one.  He's going to spend the rest of the campaign defending it, though.  He's forfeited the "flip-flopper" card against Mittens now.

People that know Perry and have met him, for the most part, trumpet his sincerity and down home, plain folks demeanor.  There is, it seems to me, a reason why he's never lost an election, and that may be part of it.

I'm still pulling for Perry.  Even if it IS a flip-flop, it's one against the many of Mittens.  This one at least has a smatch of sincerity in it.

Of course, there's Santorum, surging, who hasn't needed to flip on this issue.

Ah well, Iowa is but a brick in the long road of this campaign and Iowa's record of picking the eventual nominee is just over 50% (if you go by a Paul-Bot's analysis.)

Perry's still running? Are you sure about that?