Jon Huntsman Doesn't Have a Clue What Happens in Iowa 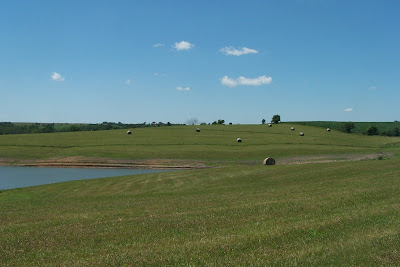 If Jon Huntsman was ever going to get any votes at all in Iowa, I'd say he just lost most of those:

"They pick corn in Iowa," Huntsman said on CBS' The Early Show, "and pick presidents here in New Hampshire."


Seriously?  Jon Huntsman doesn't have a clue about Iowa (and neither do many of those folks leaving comments at the CBS link, either).

Mr. Huntsman might be interested to know that Iowa is home to over 4,100 manufacturing firms that employ over 198,000 people;  in 2008 the total GDP for Iowa's industries was over $135 billion.  According to this report from Iowa State University, "Iowa ranks 2nd among all states in the percentage of total GDP derived from the manufacturing sector."

Rockwell Collins has its headquarters in Cedar Rapids and is a leader in aerospace and defense engineering.  They employ about 7,300 people.

Alcoa has an aluminum manufacturing plant on the Mississippi River in Davenport which employs about 2,200 people.  This plant develops the metal for America's aerospace program and for America's major aircraft for Airbus and Boeing.

Certainly Mr. Huntsman has heard of Winnebago?  They're headquartered in Forest City, IA.

Vermeer Company is in Pella, IA and makes agricultural and industrial products that are distributed worldwide.

Has Mr. Huntsman even been to Des Moines?  What a beautiful, wonderful city that is!  There's a world class art museum, a top notch science museum, and any number of four star restaurants and fine dining at your beck and call.  The city sports modern displays of public art, fountains, and sports events.  The state capital is one of the most beautiful I've ever seen.  Blank Park Zoo is one of the finest zoos anywhere with everything from birds, to bald eagles, flamingos, monkeys, elephants, lions, seals, you name it.

Do they grow corn in Iowa?  You bet they do.  But is that all there is to Iowa?  No way.

No wonder Mr. Huntsman is polling 3% in Iowa.

I bet it's less than that after this boneheaded statement.