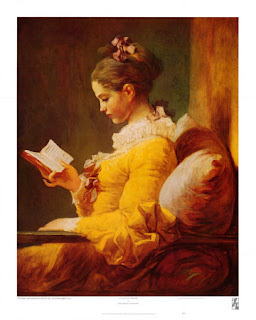 Last night I finished reading Whiskey Chitto Woman by Marguerite Hudson. She's a local author and a retired teacher, and I was interested in the topic. The book is historical fiction and tells the story of Ellen Johnson who travels through the Neutral Strip to bring her husband, Aaron, home from Alexandria after sustaining an injury during the Battle of Mansfield. The Neutral Strip was seriously dangerous territory and Ellen's journey was not without a great deal of risk.

The book was a real page turner in that I was is suspense most of the time worrying about Ellen and her neighbor/companion Sammy as they made their way to Alexandria. Then I had to worry about them getting back home to Whiskey Chitto! It was a good read, though, and I won't tell you how it turns out.

I've also finished reading Michael Gershon's Heroic Conservatism, which I posted about previously. He gets a little preachy but I liked the inside look at the Bush White House.

And, I finished reading Scarpetta, by Patricia Cornwell. I was happier with this book than I was with Cornwell's last Scarpetta book in that she redeemed Marino and eased the tension between Kay and Benton. I still hate the Lucy character - she's just irritating and unsympathetic. But, the book redeemed the series for me, so I guess I'll stick with it.

Right now I have picked up Team of Rivals by Doris Kearns Goodwin I'm not far enough along to pass along a review yet, but so far I'm enjoying it. I'm only through the first 25 pages or so. It's a dense, heavy read and I expect I'll be using my sticky-note method again! It tells the story of Lincoln, William H. Seward, Salmon P. Chase, and Edward Bates; sort of four biographies in one. Goodwin has a nice writing style and I think I'm going to like the book.

The only thing about the Goodwin book is that it is not exactly bedtime reading for me - by that time I need something I don't have to concentrate so hard on, so I usually read something lighter right before going to bed. For that, I am now to another Rosamunde Pilcher book, Winter Solstice. I just love the way Pilcher writes. She's very descriptive and creates beautiful, vivid images with her words. Her Coming Home was one of my favorite books because she created such believable characters and made you almost feel like you were living through WWII with them (on the homefront.)

I still have a stack piled up on my nightstand: I have Flyboys by James Bradley, who wrote Flags of Our Fathers. Flyboys tells the story of nine American airmen shot down in the Pacific. One of them, George H. W. Bush. I have the latest issue of Tin House which I have not even cracked yet. And I'm still working through Stephen King's Just After Sunset - I'm spreading the short stories out.

So what are you guys reading?
Posted by Pat Austin Becker at 7:34 PM

Unfortunately, I was waiting for my lunch to cook at the time and the first few pages are not compatible with food :-)

I just ordered Susan Sontag's journals, Firmin and American Wife. All off the NPR "best books of 2008" list that interested me upon reading excerpts about them. :) I'm also trying to get through An Inconvenient Truth by Al Gore but it bores me - so I got Mike to read it and tell me about it. :p He told me "get your leftist agenda off my nightstand" but he did read it. LOL!