A Random Stack of Stuff 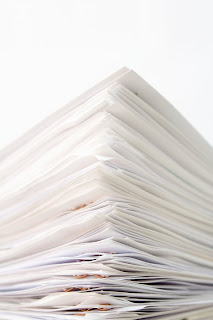 A quick roundup of random stuff:

First, I'm sure he reads MY blog so Happy Birthday to Rush Limbaugh today!

Our school calendar is bizarre this year; normally we finish the first semester before Christmas and then get new kids and start the new semester after Christmas. Not this year. This year we came back from Christmas break, had one more week of class, then gave finals Friday and today. Tomorrow, on a Tuesday, we start the new semester with new students. It's not a big deal, and I'm flexible, but it's still a little weird. I say I'm flexible, but I don't like change. Does that make ANY sense?!

Speaking of not making any sense, on the political front we have PEBO this weekend with Stephenopolous saying that he won't actually be able to close Club Gitmo in the first hundred days because, well, there are dangerous people there (really?) and it's more complicated than he first thought. Many countries do not want these detainees returned to them. But then today he did a turnabout and said that he will, after all, issue an Executive Order next week to close Gitmo. Of course, he doesn't really mean close it because he doesn't know what to do with those folks yet. It basically amounts to a reaffirmation of his promise to close it. It sounds good. Makes the voters happy. He's eventually going to close it.

Why are people complaining about Gitmo but not the other prisons for terrorists we have in place, like at Baghram? Just wondering.

On another note, some interesting confirmation hearings coming up this week- Holder and Hillary. I'm anti-anti on the Holder thing; I don't like his actions on the terrorist pardon deal and I don't like his stance on the Second Amendment. He's tied up with Resko and Blago and I don't trust him. And Hillary's ought to be intersting because of the questions about financial donations and such. I don't think they'll give Hillary too hard a time actually, but I could be wrong.

And lest anyone think I'm being too hard on the Democrats, I'm sick of this bailout mess. Everytime I turn around someone else wants a handout. Enough already! Enough! Crazy!

And finally, is it just me or was the Golden Globes last night totally classless? I'm no prude and I can cuss with the best of 'em, but for crying out loud! On national television shouldn't we put our best foot forward? What happened to celebrities with class? *Sigh*
Posted by Pat Austin Becker at 7:48 PM

I was too young to watch Howdy Doody having his strings pulled as he talked to Buffalo Bob and Clarabell the Clown.

But I have a feeling I'm watching someone pull the strings on this Howdy Doody, while he tries to buffalo Bob, and every other American, with the assistance of a whole bunch of Clarabells who make up Congress.

the Globes were classes and I am BEYOND sick of the bailout (and yes, this is from an Obama fan)