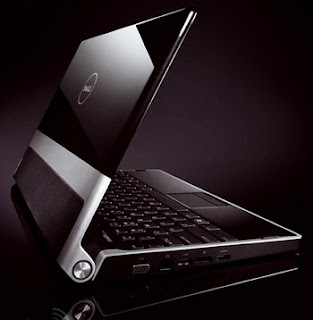 What a week it's been! Between Scott Brown's victory and the decline of the Obamacare situation, things in the political world seemed to tilt my way a little bit!

On the personal front, my new laptop arrived this week and it's fabulous! No more Vista! That in itself is enough to make me happy. I can now log on and be online in well under the five minutes that was required of my Vista laptop (not just because of Vista, which is evil, but also because the processor was just too small). Steve wanted to get a Mac for me - he loves Mac Book, and I'm sure I'd love one too, but I'm just comfortable with my PC. Nothing like a super fast kick ass computer to brighten my day.

My new semester at school is going well and I love my new students. My own teenager hasn't given me too many fits (yet) this week, so I guess life is pretty good today.

Maybe it's a sign that the Saints will prevail in their playoff game this weekend. I'm not a big pro football fan; I much prefer the college level. I know there are some great players in the NFL, and my 85 year old mom loves to watch Petyon Manning. She loves to watch pro football. She quit watching the Dallas Cowboys when they fired Tom Landry and she's never gotten over it. And nobody loves the Saints better than my next door neighbor; he was a die hard fan even when fans wore brown paper bags over their heads to the games. I guess I'm pulling for the Saints this weekend!

That said, lets get on to the links:

I'm starting off with Doug Ross who made me laugh first thing this morning. That's always a good thing.

One of the first things I wanted to check as I was reading around this morning was the response to the NYT piece on Charles Johnson. I'm a relative newbie to the blogosphere and never followed LGF in the first place, so the whole blogwars episode with Johnson wasn't ever really on my radar. I first picked up on it when Stacy started writing about heavily a couple of months ago. Put simply, all I knew about it was that LGF was making a lot of my blogging friends angry. I knew that he took pot shots at Pam Gellar, who has never linked me and I don't know her, but I respect her work. I knew LGF was on Rush Limbaugh's blogroll, which was odd, to me. It isn't on there anymore, however. At any rate, the NYT piece does a decent job catching you up on the Charles Johnson episode, if you care. Pam Gellar's response is here. Stacy McCain's thoughts are here.

Troglopundit has found a new definition for "centrist."

Jules Crittenden reviews one of my favorite WWII books.

Hmpf. Al-Qaeda doesn't have a Twitter account. Professor Jacobson does, though, and makes note of action in Yemen. The Professor had a good week: his coverage of the Scott Brown election was great, and on election night, his live feed was spectacular! And heck, he even ended up with a mention in Day by Day!

Red has been to The Farmer's Market and shares nifty pictures!

Snaggletoothie quotes one of my favorite poets, and if you hurry, you can see a photo at the top of his page of a storm near him. He changes pics often, so hurry!

Pundette has a look at Obama's train wreck of a town hall yesterday.

Fishersville Mike made me laugh; he's done some deductive reasoning on achieving victory.

Mary Baker has a really interesting post on Rick Perry, and she's in position to know. I found her perspective really informative. She's got another one here. Both are worth your time.

Another Black Conservative has a post on the death of Obamacare.

Carol at No Sheeples Here! has launched a new site just for her excellent photo shop creations. Be sure to check it out - Mako Snark. Nobody does better photo shop than Carol. But if that shark eats that little sheep, I'm gonna be upset!

I haven't had time to catch Glenn Beck's documentary, but Left Coast Rebel is tracking it and has some thoughts.

I was trying to ignore the dismal economic news this week, but Daley Gator reminds me. It's pretty grim.

Althouse has another look at the NYT pay scheme.

And Geaux Saints! I'll share this Rule 5 photo with you. I'm just linking to it, because Chad is pretty proud of finding it and I want to send you to him. Totally Rule 5.

And so that's it for now. Off to do some Saturday house cleaning. Rain is on the way today and I'm laying low. Have a happy Saturday!
Posted by Pat Austin Becker at 9:12 AM

Have you see the Ellie Light letter yet? It even showed up in The Courier in Russellville, AR as letter to the editor 1/22/10. I sent them this -- I guess no town is too small.