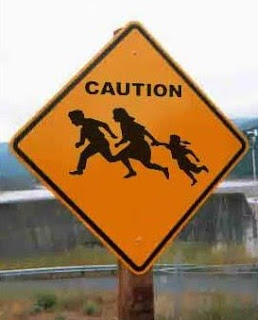 Just as I predicted back in July, the administration is beginning to unfold a plan in which illegals will be covered by Obamacare by ... you guessed it - becoming legal.

Lawmakers who want to extend health coverage to illegal immigrants will not block the passage of the final health care reform bill so long as the White House offers a substantive promise to start pushing comprehensive immigration legislation this year. ****

Democratic leadership aides believe that a firm White House promise of a comprehensive immigration bill will be enough to quell any House dissent.

TPMDC sources have been telling us that members won't admit it publicly but they are ready to concede on immigration in the health care bill. Political aides in the White House have told key parties in Congress that President Obama wants to see a bill this year, and negotiations are under way for how it would be written.

A source familiar with the negotiations between Congress and the White House told TPMDC the Congressional Hispanic Caucus will demand an agreement from Obama that health care coverage for illegals who earn a path to citizenship will be addressed in an immigration bill.

Back in July when I wrote about this it was pretty clear that this was in the cards. In an interview with Katie Couric in July, Obama said, "First of all, I'd like to create a situation where we're dealing with illegal immigration, so that we don't have illegal immigrants," he said. "And we've got legal residents or citizens who are eligible for the plan. And I want a comprehensive immigration plan that creates a pathway to achieve that."

You always have to read between the lines with Obama; it's not necessarily what he says but what he doesn't say that you have to worry about. There was never anything in the original House bill to keep illegals from getting coverage; oh the bill SAID no coverage for illegals, but the provision to verify whether or not someone is a legal resident was shot down. A loophole was born.

Newsflash for the left: Amnesty’s not going to pass in this political climate if it couldn’t pass in 2007, so either this is all an elaborate kabuki aimed at tactfully caving on benefits for illegals or the CHC is a really, really cheap date. As for the right, if this sounds familiar it’s because The One has been hinting at doing it for at least four months.

And here is what Michelle Malkin wrote in July (and she linked me!).

So, Obama looks right at the American people in numerous speeches and town halls and says illegals will not be covered under this plan. It's sort of like when he said you can keep your current insurance. It's just not exactly true. It's bending and shading the truth. How are we supposed to trust him? Answer? You can't.

Via: Memeorandum
Posted by Pat Austin Becker at 7:19 PM

Unfortunately, the only way to get European Americans to wake up is for things to get much, much worse.

We're going to have to form a European American Party. Why should European Americans continue to support either of these two parties when it has resulted in them soon becoming a minority in their OWN COUNTRY? This is a European Nation and diversity is not our strength. Political correctness must go.

It's The Dream Act all over again.