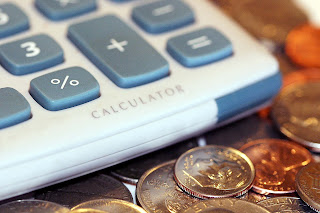 I'm calling this week's round-up the Income Tax edition because I've done both my taxes and The Teenager's taxes this week. I am sick of taxes. As I said before, I was not happy to discover that my refund this year is about one-fourth of what it was last year due to the "Economic Recovery Act" which "allowed me to keep more money in my pocket this year." Baloney. The teenager fared better than I did.

Putting depressing news such as finances behind us, let's get to the links.

Jules Crittenden has a post on the passing of J. D. Salinger and of Howard Zinn. Remember Jules, Harper Lee did the recluse thing, too. Thankfully, she's still with us. Yukio also makes note.

Gateway Pundit has Stephen F. Hayes with the most ridiculous statement from Obama's meeting with Republicans yesterday. Pundette has a round-up and summation of the appearance. Bride of Rove wraps it up with her eloquent observations and a final "I'm done."

Thank goodness the sheep are okay! Carol had me worried last week. However, Nancy Pelosi has not fared so well.

The Daley Gator makes note of the KSM trial being pulled from NYC. Baby steps. Professor Jacobson has an interesting observation.

Left Coast Rebel has penance to pay with Red. Avoid the banned words!

Reaganite Republican can show you what a Sukhoi Pak FA is...

Ruby Slippers has the skinny on the newly skinny Rush Limbaugh's fist-pumping skills.

OUCH! Grandpa John with a good catch. Speaking of the iPad, which I'll never be able to think of in the same way now thanks to Grandpa John, I'm not interested. Maybe later when it has some of the rather important things that it's currently missing. Donald Douglas takes a look.

How much booze is required to get health care passed? Snaggletoothie has an idea. Doug Ross explains even more - he posts on some high priced baby sitters. Speaking of booze, how about those "drunken White House parties"?

Not even college football is safe from The Hand of Obama.

Sandy tops the NFL "Who Dat" brouhaha with the perfect shirt.

Carolyn had a birthday this week! Happy Birthday to you!

The Desert Glows Green is teaching out of the comfort zone for some of his kids! I like it.

Jimmie Bise notes that there really is no honest global warming evidence.

Okay, I've got to stop now. It's nearly noon and I have to get moving. I feel like I haven't done anything yet today, but in fact, I've filed The Teenager's taxes and put bones on to boil for a pot of vegetable soup later. I've also taken a rock out of my labrador's mouth because he thinks rocks are appropriate toys.

Have a nice Saturday!
Posted by Pat Austin Becker at 11:01 AM