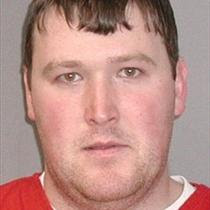 Update: Thanks to Chad at The Dead Pelican for the link! Welcome Pelicans.

When Michael McHale of the Louisiana Democratic Party made his cryptic statement yesterday about Senator David Vitter having "ties to some of the players involved" in the arrest of four men for attempting to interfere with Mary Landrieu's phone system in New Orleans, I've been curious about what those ties might be.

I contacted McHale's office for a comment but received no response.

Fox8 News in New Orleans seems to be on to something though:

Bringing the charges against the four men was Jim Letten, the U.S. attorney in New Orleans and a holdover Bush Administration appointee. One of four arrested Monday in the alleged plot was Robert Flanagan, the son of Bill Flanagan, a career prosecutor who is the acting U.S. attorney in Shreveport, La.

A week ago, President Barack Obama nominated Stephanie Finley for the U.S. attorney's post in Shreveport.

Sen. David Vitter, R-La., is blocking Senate action on Finley's nomination and Obama's other nominees for federal justice system posts in Louisiana until he hears from the White House whether Obama will let Letten keep his job, Vitter's office said Wednesday.

In early January, NOLA reported on Vitter's objections. It appears to be a lot of political shenanigans between Vitter and the House of Obama.

Vitter has not returned his blue slip on the appointment of a Baton Rouge federal judge nominee or for a New Orleans federal marshal job nominee.

Vitter appears set to hold his blue slips hostage until Obama confirms that U.S. Attorney Jim Letten, of Baton Rouge, can keep his job. Letten was confirmed by the Senate during the Bush administration. Vitter wants a promise or a reconfirmation of Letten, which as of yet, has not been granted.

About Letten, Landrieu said: "All U.S. attorneys serve at the pleasure of the president and do not need to be re-nominated by the president or re-confirmed by the Senate to continue their service." She said Letten "continues to serve with my strong support."

It's a little reminiscent of the George W. Bush/Alberto Gonzales controversy in 2006. The controversy at the time was whether the White House and DOJ were using U.S. Attorney positions for political advantage. The defense used then was, of course, just what Mary Landrieu said: "All U.S. attorneys serve at the pleasure of the president...".

With regard to the current situation and Michael McHale's statement, McHale seems to be referring to Letten when he says Vitter has "ties to some of the players involved" as Letten was the one who formall brought charges against the four men yesterday.

Unfortunately, McHale makes it sound like Vitter may somehow be involved with one of the four accused young men. It's a bit misleading.

I'm sure McHale didn't intend for his statement to be so vague and I continue to offer him an opportunity to clear things up.

Correction: A reader corrects me: Letten is in fact from New Orleans. I misspoke and want to correct that! Many apologies.

More at Memeorandum.
Posted by Pat Austin Becker at 5:23 PM

Letten is from New Orleans, not Baton Rouge.

I have heard comments that Vitter's office was deluged with calls from angry constituents complaining about not having access to Landrieu's FOUR offices via telephone throughout the month of December.

24 year old Robert Flanagan, son of the acting US Attorney for Western LA, William Flanagan (Senator Vitter Held Up Acting U.S. Attorney Flanagan’s Replacement) will more than likely get a plea deal and turn on The other three, too bad.

Never, ever, trust a statement from anyone with the Democratic party.

They haven't spoken truthfully in decades.

24 year old Robert Flanagan, son of the acting US Attorney for Western LA, William Flanagan (Senator Vitter Held Up Acting U.S. Attorney Flanagan’s Replacement) will more than likely get a plea deal and turn on The other three, too bad.