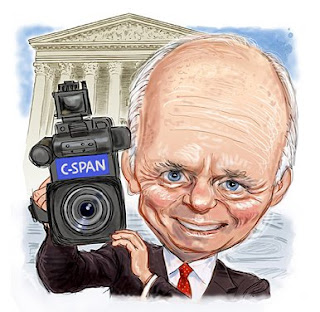 C-SPAN is trying to keep the most transparent administration in history honest. CEO Brian Lamb has written a letter to Congressional leaders requesting media access to the reconciliation of the two health care bills:

As your respective chambers work to reconcile the differences between the House and Senate health care bills, C-SPAN requests that you open all important negotiations, including any conference committee meetings, to electronic media coverage.

You will remember, of course, that in January 2008, Obama vowed to hold all such discussions in the open, in public, and on C-SPAN. Much of the work on the health care bill has been done in private behind closed doors. Oh, we've seen a lot of debate on the floor, but most of the crafting of the bill was hashed out in secret.

For a bill that's faced a thousand p.r. obstacles in its legislative marathon, the coalescing conventional wisdom suggests this last effort to get it over the finish line may shape up to be another obstacle itself. And even if it works, which it very well may, the president will have to chalk up another chunk of political capital and another huge chink in his reputation as an honest, change agent.

I suspect Obama will be willing to give up a large chunk of political capital to get this behemoth through Congress. After all, he has said he'd accept being a one-term president if it came down to it. He may get his wish.

Update: Ed Morrissey doesn't have a lot of faith in Obama's transparency:

This, then, is transparency as defined by Democrats: votes in the dead of night, committee processes that produce strawman bills, and Senators scurrying from camera lenses to dole out favors and cash to one another.

(Illustration by Ed Wexler for USN&WR)
Posted by Pat Austin Becker at 9:39 AM