The Politics in Popular Fiction 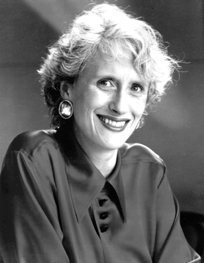 I can see I'm going to have to run over to my local Barnes & Noble this week and pick up a copy of Game Change. The book by John Heilemann and Mark Halperin describing the 2008 presidential campaign is the hot topic right now.

And it sounds darned interesting! Marc Ambinder has some gossipy details here, including Harry Reid's "no Negro dialect" which had everyone in an uproar yesterday.

I read a lot of non-fiction, but every once in a while I throw some popular fiction in there just for a break. I just finished Sara Paretsky's Hardball yesterday. She's not as prolific as some authors and it's been a long time since I read one of her V. I. Warshawski novels, but I've always enjoyed them and Paretsky spins a decent mystery tale, as a rule.

I had some issues with this book though. By the time I reached page 44 there had been at least three references to Barack Obama, some veiled, some obvious: one in the introduction as Paretsky recalls her own early political activism: ('We thought change for good was not only possible, but near at hand. Lately, my long-dormant sense of hope has come back to life.")

Page 26, Paretsky's detective, Vic Warshaski, visits a client where "Martin Luther King, Jr.'s and Barack Obama's portraits hung on either side of the wall-mounted television...". And on page 44, Vic says of a Chicago politician that he was "as photogenic as John-John or Barack."

So by this point, I'm thinking, okay, maybe I'm overly sensitive to this - let it go. One of the characters is a young, handsome, rising Chicago politician, so maybe these references are part of the story. It's understandable. This character is possibly being groomed "for a post-Barack Obama presidential run" (p. 167).

But after a while I felt beat over the head with them. There are lots of anti-government references as well. By the end of the novel, Vic is being watched by Homeland Security to the point that she has to go on the run. There is much editorializing about the Patriot Act ("We think we're so safe here, and yet my own government is spying on me" (p. 260).

And there are plenty of shots at the torture debate as one of the characters is revealed to have confessed to a crime he didn't commit after being tortured by corrupt police officers: "Given the climate of torture cultivated by the U.S. Department of Justice in recent years, some cops apparently felt they had no reason to hold back on their own forays into 'extreme rendition,'" (p. 433).

In the end, it seemed to me a lot of needless politicizing in a popular fiction novel. It felt preachy.

As soon as I finished the book I picked up Robert Stacy McCain's book with Lynn Stewart, Donkey Cons. I figured, if I'm going to read about politics, it might as well be non-fiction.
Posted by Pat Austin Becker at 9:04 AM

What are the odds: I posted a pic of Kathleen Turner as my FB pic and thought of V.I. Warshawski and here I read about it in your post. Okay now I'm thinking lottery winnings...