No Transparency To See Here...Move Along 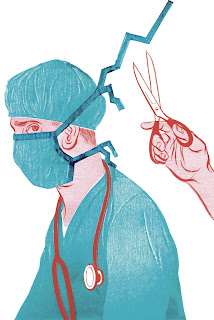 We are well past the joke of calling the Obama administration "the most transparent" administration in history. There is absolutely nothing transparent about what is going on with the health care issue right now.

Daniel Foster at NRO's The Corner sums up what is about to be the mother of all entitlement programs and if it's not just plain illegal then it's bound to be unconstitutional.

According to Congress Daily, the latest to come out of the all day closed door negotiations yesterday is the "Unions tentatively struck a deal Tuesday to exempt collectively bargained healthcare plans from a tax on high-cost plans expected to be used to help raise revenue for the healthcare overhaul." (Emphasis mine).

Reporting that opposition to the excise tax remains high, The Hill buries this nugget at the end of their report:

Nevertheless, Andrews, Rep. Frank Pallone (D-N.J.) and other Democrats indicated that a compromise that excluded more middle-class workers from the tax is possible “I think we could build a consensus around that idea, a majority,” he said. Increasing the Medicare payroll tax further than the Senate bill and applying it to investment income would help make up for the lost revenue, he said.

So - you're going to exempt "collectively bargained" health care plans from the excise tax AND middle class workers.

And what was that we were told about taxes not going up? No taxes whatsoever?

As Foster says, "This would amount to nothing less than a bill of attainder against on all constituencies that are not especially useful to the president and his party."
Posted by Pat Austin Becker at 5:09 AM