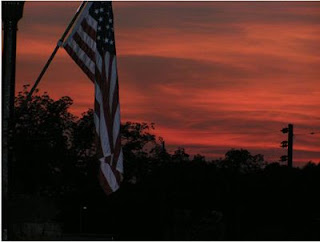 And now the campaign for 2012 begins!

Now that the outcome of the election of 2008 is clear, the media and the pundits will go through it with all their "what if" scenarios and the benefit of that oh-so-wonderful thing called hindsight. It has been an historic campaign, to be sure, and one we will all remember. For many, this campaign has been a life-changing moment and for others, a wake-up call. For others, it is an end to America as we know it. I hope America gets the "hope" and "change" it has voted for.

I think that at the very least it is safe to say that we can all agree that America has grave problems that need to be seriously addressed. I talked to a friend of mine several weeks back who said, "at this point all I can do is pray for Obama and pray that his heart will change; that he will not destroy this country." My outlook now is that to get a Reagan you must first go through a Carter.

The Republican Party certainly needed this wake-up call. No doubt. Republicans have drifted away from their conservative values and they have now paid the price. So now I think you will see, over the next few years, a scramble to traditional conservative ideas on the Republican ticket. Will that include Governor Palin as a contender for the Republican nomination in 2012? Will Republicans blame her for McCain's loss? Or will they look to Louisiana's own Bobby Jindal? Are there ANY Republican leaders out there on the horizon who will be able to track our country back to conservative values after four years of leadership by the most liberal candidate EVER on the Democratic ticket? Is there a Reagan out there? I always felt "safe" under Reagan and I do NOT feel safe now. Not at all.

So now I am praying for Obama and I am praying for America. I am scared to death for America on many fronts and scared to death for our military. But America will survive because we are not defined by one leader but by citizens who make this country run. We are farmers in Iowa, shrimpers in Louisiana, steelworkers, teachers, police officers, secretaries, and executives. The American spirit will survive.

As my mother always says, "What does not kill you, makes you stronger."