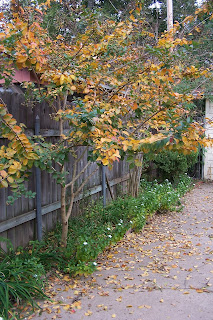 And so it goes. It's been twenty-four hours and the world has not imploded.

Today was a good day, actually. Fall is here. The election is (thankfully) over. Nobody attacked me on my blog today. Conservatives seem to maybe, just maybe, be getting the message that they need to regroup, regather, refocus their message. As I've said, over the past few years, conservatives lost their way because they tried to be centrists and "all get along." Everyone sing Kumbaya. But now conservatives are waking up and we'll come back.

So today with the election over and me not willing to take part in the "what went wrong" game, I pushed away from the computer. I sat outside with my son today on the deck, enjoying the fall breeze, and we picked out his senior ring. So many options! White gold? Yellow gold? What color stone? What shape? We have to pick out designs on TWO sides! What designs? He wanted a Canadian flag. Seriously. I said, ""Honey, you aren't Canadian. I know it's a shock... but...."

I met the plumber at my mother's house (she who did not want to talk about the election - she is just sick.) But her pipes are clear, now.

I bolstered my courage and went to WalMart, bought nail clippers for Checkers, and THEN I actually clipped four of her nails before she said, "OK! Enough!" and rebelled. So I took her for a walk.

The leaves are lovely right now. We have lots of hackberry trees and lots of hardwood trees on my street and the leaves are falling like rain. All shades of red, gold and yellow. As Checkers and I walked, I picked up several which I brought home and put in my trusty, heavy Shakespeare book to press. Later I will put them on my Thanksgiving table.

The new refrigerator came this week. I put the first major food group in (beer) right away and

then Steve and I went to the store and stocked up on all that other stuff that goes in a refrigerator. The plumber came yesterday and hooked up the icemaker. It now makes both crushed and cubed ice. I tested out the crushed ice after Checkers and I got back from walking. It works really well and then, well, all that crushed ice .... I poured a tiny bit of Crown Royal on it and well...

The mums are blooming in the backyard. Fall is here. Holidays are coming - and that is going to

just ROCK because for the first time in .... hmmm...let me see - seven, eight years? All of us will be together for Christmas. I can't wait! I'm totally excited about that!

So, life goes on. In the end, I thought John McCain ran the campaign he wanted to run and he gave a gracious concession speech. What happens from here, we will survive. Maybe it won't be all bad. I'm trying to be optimistic and give Obama a chance to screw it up before I criticize him. I am hoping he proves me wrong.

But in the meantime, we have other things to do. I have a STACK of unread books on my nightstand and three months of unread magazines. I'm looking forward to holidays, to holiday cooking, to family and friends, and to the rise of the conservative party in 2012!
Posted by Pat Austin Becker at 4:14 PM

No - they did not try to be centrists - they stayed very very extreme right and that is what got them outed. They will now attempt to be less extreme - and a bit more centrist. Clearly they need to regroup - but they were hardly so centrist that that was their downfall - that they weren't conservative enough.

and wow - i should say more than that. *hugs*

ANYWAY - WOW John being a senior! i feel old!

Why does he love Canada and its flag? LOL!

Clear this one up for me:

Add that up for me. Which is it?

As a conservative, I can assure you the reason I turned away from the republicans, even though I voted for one, was because they were NOT CONSERVATIVE ENOUGH. Sarah Palin is just barely conservative enough for me.

Of course, the whole point of this post was to MOVE AWAY FROM POLITICS! :)

crown royal...I knew I loved ya!

i meant it wasn't that they weren't conservative enough :) i thought i was clear - sorry about that. i was ranting and i do apologize for that -t ough day for me too.

so what did John pick for his ring?

White gold; a garnet for his stone; a bearkat on one side and USA/flag on the other side. So many choices!

And So It Goes is a ballad written by Billy Joel in 1983, though it wasn't released until six years later.The Kings’s Singers and others have developed several vocal harmony arrangements of the song, which are often performed by high school and college choirs.

By the way, another thought, why is it that everything making light or critical of Obama is being scrubbed from the internet.

Freedom of Speech MY ASS!