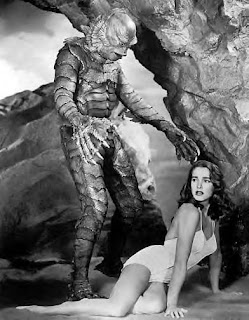 I skipped the FMJRA last week (did you notice) because I had so much going on it just never got done.  Shameful.  I will make up for it this week.

It's election week, as you know, and there are big decisions to be made all over the country in both local and national elections.  I would advise Republicans not to "count their chickens" and get out there and vote!  I'd also advise all voters to educate themselves on their local candidates and amendments (if applicable) and make informed choices in the voting booth.  I'm hoping for a good, clean election across the country without voter intimidation, pre-checked ballots, or crooked shenanigans of any kind.  One can wish....right?

It's also Halloween weekend; I love Halloween.  I love the stupid scary movies and the dressing up.  I like the kid-fun of it.  Good times!

Bride of Rove is busy writing but weighs in on the non-benefits of work therapy.

Troglopundit suggests Paul Krugman might spend November 3 under his bed.

Doug Ross pronounces Obama to be like Jimmy Carter "without the spine."

Pirate's Cove points out that it's not exactly the Republicans who have a "war on reality."

Pundette evaluates Obama's response to the terror attempt.  Grandpa John hacked into TOTUS and gives us the real scoop.

Stacy McCain is on the road again, this time covering VA-9.

I think Paco is about to get initiated into the Axis of Fedora.  Fedorable!

Mind Numbed Robot has a new game to play.  I agree with Obi's Sister - Sharron Angle should have sent a bar of soap to Behar instead of flowers.

Legal Insurrection is following RI-01 which is still very close; he's also hosting another LIVE election day event which should be good fun.

A Cop's Watch made me laugh!

Adrienne points to a Daily Mail column suggesting Americans should be embarrassed by Obama (trust me, most of us are) and also to Michelle's appearance on Ellen.  Gag.

Bob Belvedere has the definitive post on Notes From the Campaign Trail.

Wyblog is in the Halloween spirit with a Pumpkin Post.

Speaking of Halloween, are you going to any parties?  Are you dressing up or staying home giving out candy?  I'm not sure what we're doing.  Right now I'm headed to mom's to watch my brother build a fence.  Key word:  WATCH.  Here's some Halloween fun for you:

TOTUS also told us that you are still displayed prominently on the White House Enemies List.

I am going to hand out candy while my better half takes my son the NINJAAAAA out for trick or treating...


I voted on Friday here in the desert. There was about a 10 minute wait at the polling place and it looked even longer about 30 minutes later. I had no issues or problems while voting.

And my classes got a break this week. We watched 'It's The Great Pumpkin, Charlie Brown' in class before the long weekend.

Thanks Pat, much obliged!

Mrs. B. has been watching horror movies since Thursday!

Carol Sheeple gave me my biggest scare this weekend with Sorostein.