Is A Double-Dip Recession In Our Cards? 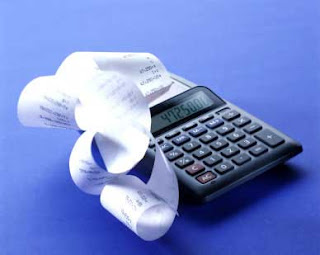 In yesterday's American Spectator, Peter Ferrera posted a shocking summation of Obama's upcoming tax increases "for every major federal tax."  His article is also intended to publicize his new publication

, part of a series of publications, as part of Encounter's Broadside series.  I found both points to be of interest.

First the tax increases:  basically because of Congress's failure to extend the Bush tax cuts and because of Obamacare, every major federal tax is about to skyrocket.  This will inevitably lead to a double dip recession.  Among the increases you can expect:

Among the bonehead increases that beckon to shove the economy back into recession is a nearly 20% increase in the top two income tax rates, counting the phase-out of deductions and exemptions. The top capital gains tax rate is scheduled to soar by nearly 60%, counting the application of Obamacare's new 3.8% tax on investment income. The tax rate on dividends is scheduled to nearly triple, from 15% to 43.4%, counting the new Obamacare tax as well. The Obamacare legislation also increased the Medicare HI payroll tax rate by 62% for the nation's employers and investors. On our current course, the death tax will rise from the grave next year with a 55% top rate.

So much for that promise we heard so often that taxes will not increase on the middle class.  Lies!

There's a lot more at the link; you need to read it for yourself.   But the news is not good.  Businesses are not reinvesting profits, they're hanging on to dividend income, banks aren't lending capital as they should....the uncertainty of what lies ahead has everything all knotted up and nothing is moving forward - except taxes.


Ferrera is, in this article, also promoting his new publication with Encounter's Broadside series which I hadn't heard about before, so I was interested in that as well.  There are fifteen or so of these little pamphlets modeled sort of on Thomas Paine's Common Sense; each addresses a specific topic such as national security, Obamacare, Immigration, etc.  You can review the list here.  I ordered four of them.  They're short, inexpensive, and written by respected experts on each subject.


One final bit of information from Ferrera's piece:  the Democrats are often screaming about how the rich don't need the tax cuts extended because they need to pay more to help cover this huge deficit.  Ferrera points out "that the top 1% of income earners pay more federal income taxes than the bottom 95%!"  Seriously.  Going Galt, anyone?


Maybe it's time, after all, to examine the Fair Tax.
Posted by Pat Austin Becker at 5:24 AM