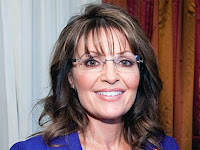 The usual Friday sift:  Noonan explains how we all have to be accountants now, regardless of our actual profession.  It's the deluge of new forms, rules, and regulations.  Nothing new, she says, just worse.  We know, Peggy, we know.

Krauthammer takes note of our incompetent Congress, citing their failure to pass, or even offer, a budget, the failure to extend the Bush tax cuts leaving all of America in uncertainty as to their tax rates on January 1, and on top of all that, the buffoon who invited Stephen Colbert to speak to Congress.  Fail.

My reading stack (of articles, not books, this time) is pretty full; there's been some great analysis out there lately and I'm going to get caught up on it this weekend.  My blog mojo is coming back after nearly two weeks of Oktoberfesting.

I'm ready to get back to "hand to hand combat" as Obama said yesterday.  Where's the outrage on THAT one?  When Sarah Palin suggested that the Tea Party not retreat, but reload, CNN accused her of "inciting violence."  Where's the outrage?  You can ignore the Joe Biden comment about "strangling" Republicans because, well, it's Joe Biden, and anyone can take a joke, right?  I mean, he was joking, wasn't he?

CNN accused Palin of "inciting violence" with her "don't retreat, reload" comment, but it's okay now to say if Republicans take the majority in November there will be "hand to hand combat" on Captiol Hill?  Okay.  Double standards in the media - alive and well.

I can see November from here!
Posted by Pat Austin Becker at 6:38 AM

Every time I open the homepage and see Mrs. Palin's picture I feel outrage. Then I recall having seen other pictures of other crusading figures faded from public note and make a cup of coffee.

Yeah, I know what you mean about outrage. Only every time I see Obama my butt wants to suck a lemon.