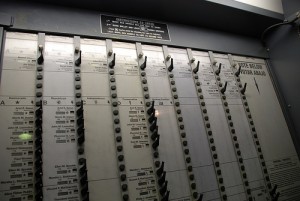 The polls close in just about thirty minutes and we'll be following the results as soon as returns begin to come in.

I don't think anyone doubts Bobby Jindal's re-election.  The Democrats all but gave up on this election and didn't endorse anyone.  There will likely be some protest votes - not everyone loves Jindal.  The most well known candidate is probably Tara Hollis, but again, Jindal will win this one easily.

The Lt. Governor's race will be interesting.  Billy Nungesser has been jamming my inbox all day with reminders to go vote.  He's worked hard to get out the vote and get his name recognition in the northern part of the state up.  He's running against incumbent Jay Dardenne.

The Senate 37 race has been hot news in this part of the state and over in Bossier there are a number of City Council races, a sheriff's race, and state representative on the ballot.

Here's the link to the Secretary of State page where you can watch results.  KTBS has coverage here.

Update:   Polls are now closed and early returns are coming in.  Jindal jumps to a huge lead immediately but, as predicted, the nine other candidates are gathering a few votes.  Of those, Democrat Tara Hollis has the most: 364 to Jindal's 2274 so far.

The proposed amendments are all close except for the first one which is leaning FOR at this time.

Can we just call the Governor's race?  Jindal running away with it.

Update 8:35:   If there's a race you want to know about, leave a comment and I'll include it in the updates.  Still no Caddo/Bossier numbers.  Jindal has 70% of the vote of the precincts reporting so far.  Jay Dardenne leading 55% to 44% of precincts reporting and Mike Strain seems to be cruising toward re-election with 73% of the vote so far in the Ag. Commissioner race.

The Secretary of State race is holding close with 53% for Schedler and 46% for Tucker.

In Senate 39, Lydia Jackson and Greg Tarver are close with 193 and 138 respectively.

Got a request for Livingston Parish Sheriff's race:  looks like Jason Gerald Ard is leading with 64% over McMorris with 34%.

Update 9:00:  Nothing yet in Bossier Sheriff's race.  In Livingston Parish, the Parish President race is pretty close with Grimmer leading Ricks 45% to 41%.  Still early though with very few precincts reporting.

Dardenne and Nungesser are still battling it out with Dardenne on top with 56% to Nungesser's 43%.

Dardenne is still leading the Lt. Governor's race and Schedler currently leads Tucker for Secretary of State 51% to 48%.

Update 9:10:   In Livingston Parish, that Parish Prez race is still close with Grimmer leading Ricks 48% to 41%.  Your Sheriff's race over there looks like Ard is still leading by a wide margin.

We've still got nothing in the Bossier Sheriff's race.

In Bossier, still nothing.  No numbers in the Police Juror races, Sheriff, or Assessor.  Nada.

Update 9:30:   Jindal is in; via the comments, Jindal just "tweeted" Thanks for four more years.  Via Shreveport Times and AP, Amendment 1 has passed.  Tarver and Jackson will probably face each other in a run-off.

Update 9:35:  In Bossier, finally, Julian Whittington is way ahead for Sheriff with 69% of the vote so far.  Edmiston is leading in the Assessor's race with 68% of the vote.

Whittington is cruising to a win as Sheriff, it looks like.

In Caddo, Steve Prator has no competition for his re-election bid.

Charles Hennington looks to be back in as Tax Assessor with 66% of the vote.

Update 9:45:   It looks like Barbara Norton and and Lynn Cawthorne will have a run-off.  Norton leads with 44% of the vote to Cawthorne's 27.

Now it gets interesting.  The Secretary of State's site has crashed, as it always does.  Stay tuned.

"Every time I run for governor the LSU Tigers win the national championship," Jindal told the jubilant crowd. "I'm not putting any pressure on them. I'm just saying."
In a more serious vein, Jindal, who recently turned 40, said that "I am truly humbled, honored by the privilege you have bestowed on me."


Still waiting for SoS site to get back up and running.

For Secretary of State, Schedler leads Jim Tucker 51% to 48%.  Here's hoping he can keep a website up and running without crashing on election night.

Update 10:35:  In a perfect illustration of every vote counts, Tommy Harvey lost his race by 4 votes for District 5 councilman in Bossier.  Jeff Thompson defeats Duke Lowrie for House District 8.

Final Update:   I'm wrapping it up for the evening.  Looks like in Caddo, Charlie Hennington wins easily over Royal Alexander.  I'm not sure why they haven't called the Senate 38 race yet - it looks like Sherri Cheek wins with 57% with all precincts reporting.

Check your local paper for full results in the morning.

Do you have up-to-date Livingston Sherriff and Parish Pres info? No worries if not.

Do you have any numbers on state rep district 6 yet??? Thanks

Livingston Anon reporting in, Jindal just tweeted a thanks for another four years 4 minutes ago.

I'm told that Jeff Thompson leads by 1100 votes with only 1 box out.

Not a bad following for a blog that is utterly irrelevant, lacks intelligence, and is ascetically unpleasing. Keep up the good work, and I love you!

This low traffic blog was correct regarding Peacock. Please give us more local issues in Shreveport. You are spot on regarding national issues

YUP! It was definitely a Bossier-Shreveport issue. But Lucy, you got some "splaining" to do. Why did the numbers against Jane in south Bossier go heavily against her?