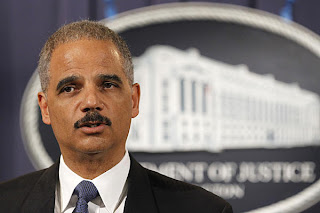 What should we do about Iran?

We learned this week that Obama was briefed on the plot in June to assassinate the Saudi ambassador in the United States.

And it hits the media now?

Now that Eric Holder is awaiting a subpoena and under fire for his part in Fast and Furious?  What timing!

Have no fear.  The Obama administration is on the case.  (Cue Kumbaya...)

"It's critically important that we unite the world in the isolation of and dealing with the Iranians," Vice President Joe Biden said on "The Early Show" Wednesday. "That's the surest way to be able to get results."

Better than sanctions, eh?  Not.

"Unite the world?"  Really? Delusional much?  Quote of the day to Investor's Business Daily:

What will we do? Cut off a few more bank accounts? Ask for more meaningless sanctions? We bomb Libya, the mouse that roared, but won't even send so much as an iPhone to Iranian dissidents who share a common enemy — Tehran.

In 2009, when Iranian dissidents risked their lives to demonstrate against the gray-beard mullahs oppressing them, Tehran paused briefly as the Soviet Union did in Hungary in 1956. Seeing no Western support for the uprising, Tehran unleashed its security apparatus to suppress and murder — much as Moscow ordered the tanks to roll into Budapest. Now we are Iran's target.

We will talk tough and in the end do nothing. Our prez and his bunch are in over their heads. We have officially taken on paper tiger status.

One point I make with the Obamaites out there is we have stuck our nose into Egypt and Libya leading to serious instability and problems. In countries that may not have been allies but at least not trying to stir stuff up all over the Middle East.

For some reason B Hussein Obama, the HenHawks and others were not interested in supporting the Iranian young in going against that regime in 09/10. And seeing the Mullahs taken out (or at least neutered) in Tehran is a critical national interest to the US and the West in general.

But out interest is not of interest of BO.