How Much Do You Know About The Guy Who Is About to Make Your Health Care Choices for You? 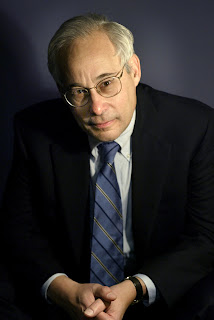 Maybe I've been oblivious but it doesn't seem like this story is getting as much play as it should:  check out Robert M. Goldberg's piece at The American Spectator regarding Obama's appointment of Donald Berwick as administrator for the Center for Medicare and Medicaid Services.  Goldberg writes:

Under the Patient Protection and Affordable Care Act, the CMS administrator does more than make sure Medicare and Medicaid pay claims in a more or less accurately and timely fashion. The office defines the quality of health care for every insurance plan, sets reimbursement rates for physicians in Medicare and Medicaid, and decides what treatments are more "valuable" than others.

Yikes!  That's a lot of power!   Sort of makes one want to know more about Mr. Berwick, doesn't it?  Goldberg has it:


Berwick not only has a role model picked out for a role that sounds a lot like what he would be doing at CMS, he has a soulmate: For the past 15 years he has consulted for -- or, in his words, been "starry-eyed" over -- Britain's National Health Service. In 2008, at a 60th anniversary celebration of the creation NHS, he told a UK crowd, "I am romantic about the NHS; I love it. All I need to do to rediscover the romance is to look at health care in my own country. "

Berwick complained the American health system runs in the "darkness of private enterprise," unlike Britain's "politically accountable system. " The NHS is "universal, accessible, excellent, and free at the point of care -- a health system that is, at its core, like the world we wish we had: generous, hopeful, confident, joyous, and just"; America's health system is "toxic," "fragmented," because of its dependence on consumer choice. He told his UK audience: "I cannot believe that the individual health care consumer can enforce through choice the proper configurations of a system as massive and complex as health care. That is for leaders to do."

My stomach just sank into the basement (a couple of floors down).

I thought I was scared by Zeke Emanuel et al.

Simple solution here folk, that is if the health care plan is not repealed, go along with the system and tell the dictator and his minions how much you love them, and they will give you a little of what you need. It has worked that way in every other proletarian society. Oh wait a minute, thanks go Obama, we're becoming a proletarian society.

Jesus H. Tapdancing Christ! That's the most horrifying thing I've seen in weeks. And, as we all know, there's no shortage of horrifying stuff coming at us every day.

Quoted from and Linked to at:
Dr. Death Panel

I will try to get the word out, Pat.