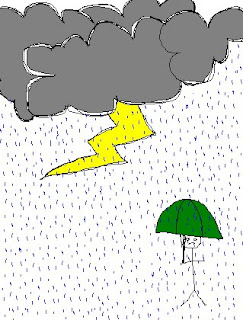 I know you don't click over to this blog for a daily heath report but for those that have been keeping up with my ailment over the past month (this began March 22), let me just say that I'm calling another doctor today for a second opinion.  (Bride would be proud).  There's no reason that I can see at this late date in this deal that I should continue to spend sleepless nights because of chest pain.  I know - it's pleurisy and it hurts and it takes a while to go away.  But shouldn't it be abating by now?  And in this day and age of miracle drugs isn't there something somebody can give me or do that will make this better?  I'm not usually a complainer, or a hypochondriac, really.  I know that's hard to believe at this point.

Speaking of complaining, if I had the energy and the ability to focus on anything beside myself, I'd tackle the Bill Clinton Op Ed in the NYT comparing the Oklahoma City attacks to potential attacks of violence by Tea Party partipants.  Clinton and Rush have been exchanging words about this over the past few days and Glenn Reynold links to Byron York who weighs in on how Clinton and Dick Morris exploited the Oklahoma City bombing for Clinton's own political gain.  Not wanting to be left out, E.J.Dionne offers his two cent on the Tea Party movement.

I was also intrigued by the kerfuffle over Obama going golfing instead of to the funeral in Poland.  Granted, the Canadians didn't go either, and we know it was because of the safety issues of flying through the volcanic ash.  But would it be too much to ask that Obama at least put on a pretense of dignified behavior during such an event?  Some have suggested that he should have gone to the Polish embassy to offer condolences.  We don't really know what he did to mark the somber event, but we do know that he hit the links.  Since libs are so intent on drawing comparisons to BHO and GWB, let's remember that Bush quit playing golf out of respect to those serving and risking their lives in Afghanistan, thinking that it was a bit frivolous for him to be chasing a golf ball while Americans were dying abroad.  No such class from Obama.  Not surprised.

Okay.  I'm dragging myself to work today.  We're starting medieval literature today.  I'm calling doctor number two.  She might laugh at me, tell me to take 800 mgs of ibuprofin three times a day (like the last doctor did) and get over it.  But I won't know unless I call.

Have a happy Monday.
Posted by Pat Austin Becker at 6:36 AM

Geez Pat. I had a sinus infection and the doc gave me prednisone so my face wouldn't feel like it was being punched from the inside out. That's the least they could give you. That or a celestone shot. Hope you feel better soon.

What Red said. Get better Pat.

Now for Obama not showing grace and dignity during the mourning period for the Polish President.

The Poles are American allies. Look at how this "president" has been treating our allies. So his doing what comes natural to him; snubbing and pissing off allies.

Let's not forget all the dried blood on Clinton's hands.

A very good article was written by Gore Vidal on the McVeigh situation. You can google this or go to Rockwell and follow the path. I am surprised at the conservative slant of the article by someone I thought of a very liberal.

Man, I can't believe you are still sick. Maybe you have pneumonia. Have they done a chest xray? I hope you feel better soon. We need you to feel better to give us your funny take on all things nobama.

I know; it's ridiculous how long I've been sick with this. The sinus crap is long gone, just a small residual cough and lots of chest pain 24/7.

I went to my internist today who is getting a copy of the chest x-ray the EN&T guy had done; she's also ordered a bunch of lab work (which nobody has done so far) and a heart echo for good measure.

By the time I get through will all that maybe it'll be gone on its own.

Meanwhile I'm going to start drinking a lot. That ought to help.

Meanwhile I'm going to start drinking a lot. That ought to help.

At least you won't care about the pain.