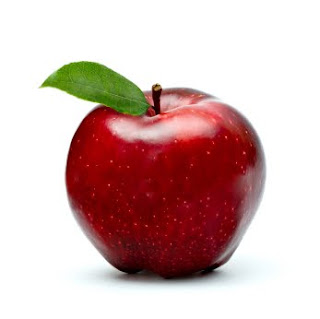 There are several pieces of legislation in the Louisiana legislature this session that are causing some discussion throughout the state.  One is La. Senate bill No. 628 by Senator Ann Duplessis regarding amendments to regulations for student discipline;  I'm going to get back to that one in some detail but for now I want to look at Senate bill No. 602 by Senator Butch Gautreaux.

I know many teachers who take advantage of the DROP.  The system is a retirement option that allows you to freeze your retirement benefit and continue working for three more years during which time the money you would normally contribute into the retirement system is placed in a trust fund.  While you continue working for those three years you will continue to draw a salary.  Of course, any raises that come your way during those years will not affect your retirement.  Originally this was conceived as a way to keep experienced, qualified teachers in the classroom, especially important in those areas with critical teacher shortages like Math and Science.

The problem for some seems to lie in the fact that all employees of the school district pay into the same retirement system.  For example the secretary or bookkeeper at Central Office is a member of the same retirement system as a teacher at the high school and is therefore also eligible to participate in DROP once they meet the age and service requirements.  To some, this is an abuse of the system and one of the reasons there has been a call for reform.

Gautreaux has several other bills in the hopper dealing with reform and adjustments to the retirement system and most, from what I can tell, are not particularly objectionable. SB 13, for example, "allows garnishment of Louisiana public retirement or pension system, plan, or fund benefits of an elected official to pay fines or restitution imposed for a felony associated with his office."  Hard to find fault with that one, isn't it?

Here is a list of proposed legislation that affects the Louisiana Teacher's Retirement System.

There has been a lot of discussion and confusion over these proposed bills and hopefully we can clear some of the muck from the windshield and see where the Louisiana legislature is taking us.   Another area under reform consideration with regard to retirement is the retire-rehire program which is a "whole 'nother can of worms" as my mom would say.  There's more on that here.  Louisiana Representative Rickey Hardy offers HB 226 which would allow only teachers (and not classified personnel) to take part in that program; he also has HB 392 which affects all of Louisiana's retirement systems (including law enforcement) and would prohibit anyone who retires on or after July 1 "and is subsequently rehired from accruing additional benefits."

Both HB 226 and HB 392 have been referred to the Retirement Committee.

While not of great concern outside of Louisiana, probably, many believe that the current trend in Louisiana toward education reform  is reflective of Governor Bobby Jindal's anti-public education views. As a potential player on the national stage, Jindal's views are relevant.   Jindal is a heavy supporter of charter schools and teacher merit pay as well as encouraging ways around tenure rules...pretty much everything the unions hate.

The next legislation I'll be looking at is SB 628 by Senator Ann Duplessis which virtually makes it impossible to suspend a student from school.
Posted by Pat Austin Becker at 8:16 PM

Ouch! That will hurt. I was able to take advantage of the Texas DROP while it was still good. Worked an extra 5 years and walked away with a check well over $100,000! Totally worth staying for.

Senator Gautreaux is experienced from many legislative sessions and seeks a middle ground which balances all sides of complex retirement issues.