Senator Mary Landrieu Could Give Obama Lessons in Arrogance 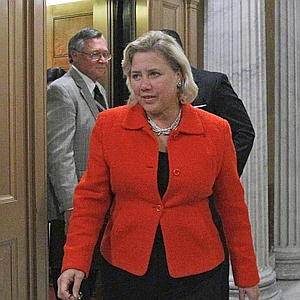 Don't miss The Dead Pelican's exclusive reporting on a Louisiana restaurateur's visit with Mary Landrieu.  The man's name is Greg Hamer and he owns over 50 fast food restaurants.  He and twenty other restaurant owners met with the Louisiana delegation and expressed concerns over layoffs he'll have to make because of Obamacare.

Senator Landrieu was unmoved and told him, basically, to just deal with it or vote for new representation.  She told him she did not want to discuss nor deal with Obamacare.

There's much more at the Pelican but I'm sending you there to read it.
Posted by Pat Austin Becker at 5:20 PM

This must-read post linked at the Reaganite Republican… thanks for educating us on the threat posed by this pompous yutz: