Take a Trip to the Third Annual Barksdale Oktoberfest 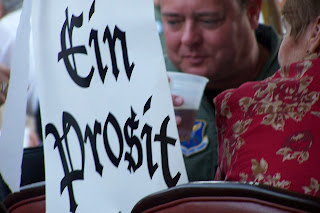 I have survived Oktoberfest.  I think.

We had a rollicking good time as always.  The crowd was great, the food better than last year, the band awesome and the beer was fine.  One oddity, to me, was the weird plastic cups they were serving beer in:  they turned a different color depending on what you were drinking.  If you had Sam Adams Octoberfest, your cup turned purple.  If you had Coors Light, it turned orange.  If you had water or a soda, it turned pink.  It looked like we were all drinking Kool Aid. 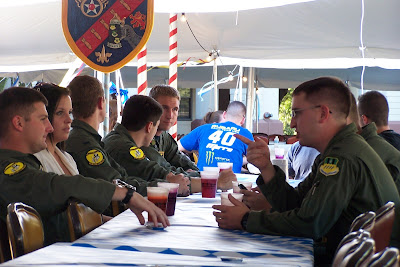 I quickly abandoned the plastic cups for a new souvenir mug for $10. 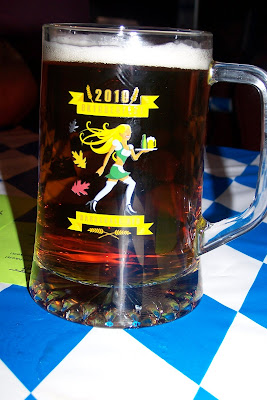 The band, AlpenMusikanten, was fabulous as they are each year: 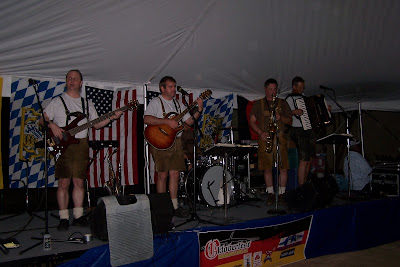 The food was good and everyone knows you better eat first at Oktoberfest so you can drink all that beer later!  New this year were the cute little pretzels.  If you didn't want the traditional German fare of brats, sauerkraut, schnitzel, and potato salad, you could pick up a giant turkey leg.  This is Steve's son Josh, and friend Heather. 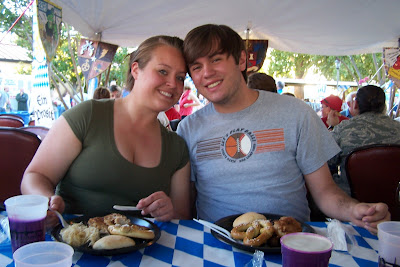 After dinner the contests began. There was a keg rolling contest which I tried to get pictures of but they all came out blurry.  Go figure.  Later there was a beer drinking contest; the girl in this picture won it last year but this year the guy in the camo Saints jersey won.  He was FAST! 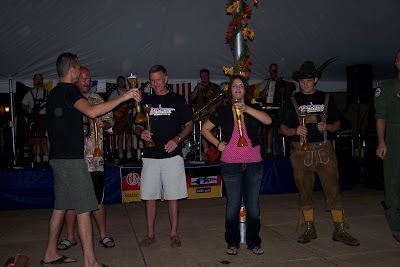 There was also a yodeling contest.  He's a snip:

There was lots of dancing by old and young.  These folks danced a lot and were cute: 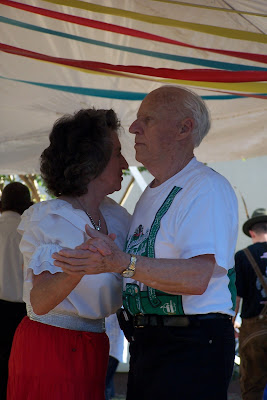 And Liz Carpenter, one of the organizers, is a fabulous polka dancer: 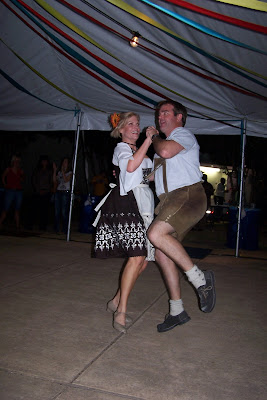 Even Steve got out there when they played "Shout!" with his impression of a dying roach (inspired by the scene in Animal House.) 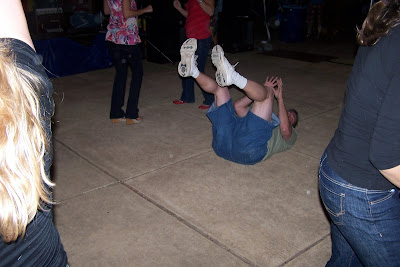 They did the "Hand Jive":

And of course we all did the "Thriller" dance.

We all sang "The Guacamole Song": 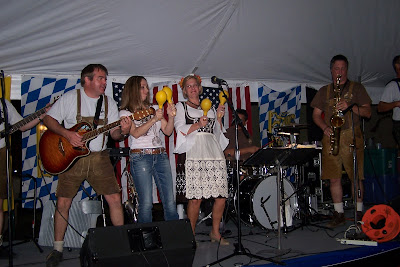 When not dancing, singing, or drinking, we wandered around a little.   We took a picture: 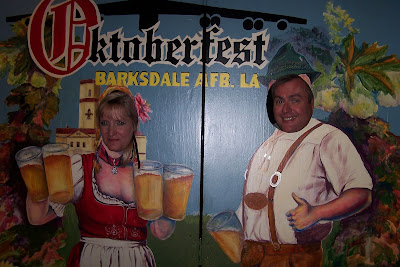 And later watched some beer pong. 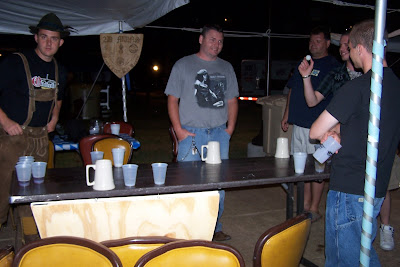 Those guys were funny, and very nice.  The band played that military service song, the one where you stand up when they play the theme song for your particular branch.  Steve stood for the Army, although he can actually stand for both Army and Air Force since he served in both: 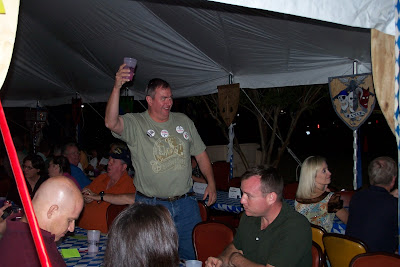 I loved watching these two dance: 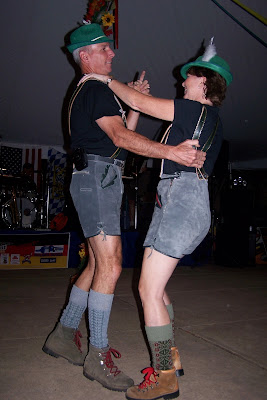 All in all, it was a fine time.  We shut it down about midnight and headed home.  I'm not quite ready for next year yet, but I will be by tomorrow!

Oh, wait....you want to see the costume, don't you.  Heh!  I felt ridiculous because not as many people dressed up this year but it paid off because I nettied a $150 gift certificate to The Vintage restaurant at one of the casinos.  Score! 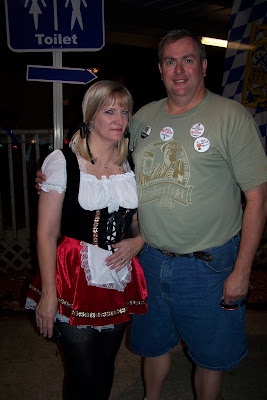 And so with that, another Oktoberfest is in the books and this blogger can concentrate on politics once again.

how many beers does it take to do the dying cockroach dance?

I was already intoxicated by my companion's beauty, and it didn't take much to push me over the edge.

You look so cute but why didn't Steve dress up? :-)

My grandfather who immigrated from Switzerland tried to teach me to yodel. Utter failure!