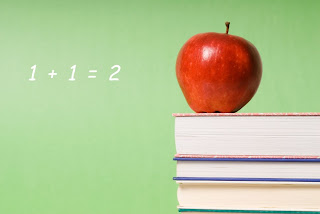 Similarly, Louisiana Senator Ann Duplessis has introduced SB 628 which would make it extremely difficult for administrators to suspend students for things like fighting, disrespect of authority, or willful disobedience.  The proposed alternative would be a Positive Behavior Support system in which students are rewarded for good behavior and when they misbehave, counseling and mediation is the preferred course.

I've read the Duplessis bill, which currently is set to be heard by the Education Committee today.  I'm reading the background report now, which is a 48 page PDF file, if you'd like to look at it.  I'm about halfway through the report which so far blames racially biased teachers and administrators for the high suspension rate, as well as an increased police and security presence in schools which makes schools feel like a prison with security cameras and school resource officers randomly wandering through the halls and snatching up kids for arrest.  So far, no mention of parental involvement or support.  I'm sure I'll get to that....right?

So what are your thoughts on school discipline?  As parents, how much responsibility falls to you and how much on the child himself (depending on age?) and how much on the school?  What do you think about a positive behavior support system?  How do you feel about security presence in schools?  And do you think kids should be suspended for fighting?  Short of advocating home school, which I know many people do, what about the future of public education?

I'm going to finish reading this report so I can be fair, and do some checking on some of their sources.  But I'd like your thoughts in the mean time!
Posted by Pat Austin Becker at 9:18 AM

Email ThisBlogThis!Share to TwitterShare to FacebookShare to Pinterest
Labels: education

When I was in the third grade I came home one day and whined to my father, "Sister hit me!"

He calmly walked up to me and whacked me upside the head.

"Doesn't matter. Sister is always right. And if she hits you, so will I."

Many years later I was milling around with my daughter and a few other parents in the back of her kindergarten classroom just before the bell rang. Suddenly her teacher bellowed "Sit down!" in that authoritative Catholic School Teacher Voice we all know and love. I was halfway into a chair before I realized I wasn't one of her students.

Good discipline, once properly learned, stays with you for life.

I think, in general, part of what makes a good teacher is the capacity to establish discipline and maintain authority in their classroom. People management is people management, whether of children, adolescents or adults.

We've all encountered poor managers who substitute imperative orders, intimidation and demands - or drama, tears and helplessness - for leadership. They bring too much ego to the role and lack the skills to evaluate their own actions and behaviors.

It's a learned skill: experience, growing maturity, and, especially, good role models and visible day-to-day examples make a world of difference. Nothing helps make a good manager like having a good manager.

As to the role of parents, I tend to think that is a bit of a red herring, if not deflection then wishful thinking: "If we had ham, we could have ham and eggs if we only had some eggs.", as my mother in law used to say. Ultimately, whether a teacher succeeds in doing their job of teaching a child how to read, write, do math and pass tests, depends on what occurs in the classroom.

As to the presence of armed guards in the schools, if they are truly necessary then the causes of their necessity need to be fixed before they are deployed, rendering them unnecessary.

Coming from a family that abhorred hitting and being the only male child of that family, my experience with discipline was 99% words and "time outs". There were times I got hit, but it was usually an outburst. There was coddling of my sisters and all that fun "equal rights" except for males. I love my family, but I developed a keen hate of coddling anyone. Also, because they hated hitting, anytime I did it I was accused of being an abuser. That still sets me off. My kids will get hit for really stupid things, but I won't coddle or trump up charges. I'll tell them like it is, why I did it... pretty much the truth. A lot better than peace, love, harmony and softies.

Not a very academic view on discipline, but its what I think.

I grew up knowing that all my teachers had the approval of my parents to discipline me as they saw fit. I also knew that if I got in trouble I would catch it at school and then again at home. LOTS of incentive to behave.