And The Hits Keep On Comin' 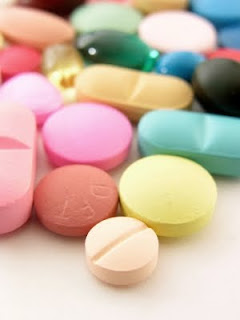 Where to start? Despite what Barack Obama said today in Iowa, I think the world might be coming to an end after all. Oh, okay, allow me a little hyperbole, please. Seriously, I'm of the same mind as my 85 year old mother who looked at me today and said, "I just don't understand this world anymore."

We have a president who has never left the campaign stump, Obamacare is now the law of the land, Democrats in Congress are blatantly ignoring the will of the people, and the people are fed up.

The battle for public opinion against Obamacare was won long ago by conservatives who pointed out the many flaws and problems in the legislation. Counter to Nancy Pelosi's suggestion that we pass this bill so we "can see what's in it," Americans knew what was in it and we knew we didn't like the increased taxes, the squeezing out of private insurance, the total government control of our health care decisions or the higher premiums that are certain to come before our private insurance companies simply close their doors and add to the unemployment numbers.

We knew that there were better ways to effect health care reform - tort reform and portability to name a couple of ideas.

The ink wasn't even dry on Obama's signature before the backlash started. Via Ed Morrissey at Hot Air, consider this news from Caterpillar:

The world's largest construction equipment manufacturer by sales, warned last week that provisions in the legislation would subject the company to federal income taxes on the subsidies it receives for providing prescription drug benefits for its retirees and their spouses.

Since the Medicare Part D program was enacted in 2003, Peoria, Ill.-based Caterpillar and more than 3,500 companies that already provided drug-benefit expenses to retirees have received tax-free subsidies as an incentive to maintain their drug programs.

Caterpillar is not the only company looking at increased expenses coming down on them; John Deere had a similar announcement today:

NRO reported on an email received by Verizon employees warning of higher costs and reduced benefits because of Obamacare.

That's just three companies and it's been less than a week. As Ed Morrissey suggests:

Now we have two American-based manufacturers that suddenly have a quarter of a billion dollars less capital than they did on Saturday. That’s just two companies. How much more capital will that grab from American businesses? We’ll start seeing it in their financial disclosures soon enough, and it will run into the tens of billions of dollars, perhaps more.

Some may say, Well, great! It pays for ObamaCare. It also takes the cash that would have fueled expansion, new job creation, and retirement income and sticks it into the hands of government bureaucrats. It will massively bleed the economy at a point in time where we desperately need the private sector to invest in itself and create new jobs and new opportunities.

Instead, those manufacturing jobs will simply go outside the US. If John Deere or Caterpillar doesn’t move them overseas, then foreign manufacturers will take up the slack instead.

And don't get me started on the arrogance of Obama gloating today in Iowa with his "Go for it" remark with regard to Republicans fighting for a repeal of the health care bill. I'd prefer to stay away from personality issues and stick to policy disagreements, but his behavior has been most un-presidential.

There's absolutely no question that insurance rates for those of us that already have insurance are going to go up. A lot.

At this point all we can do is look for the silver lining and that is that Democrats have given Republicans much fodder for the fall elections. Any Republican that doesn't fight to repeal this job killing, tax raising, power grabbing, unconstitutional government intrusion into our personal lives and liberty doesn't deserve to be elected.
Posted by Pat Austin Becker at 6:33 PM

The arrogant Obama sickens any thinking human being with at least a little common sense. He is fine with stripping every citizen of their money and freedoms obviously. Great work here, keep up the good fight. Have a great Friday and an even better weekend.

Government mess,
You are wrong to assume that the product of your work efforts, money, is yours. It is the states, Hillary even feels that way. Obama has deemed that you will be able to keep less of it than before. As a good worker, you should be happy for this as it will make those around you happy and we will work harder for the state and the glory of The One.

If Verizon, Caterpillar and John Deere are anticipating massive financial fallout, what's a small company going to do? I'm waiting for the meeting to take place at my job.

Can any of those numb nut liberals see what this is all about. It's not about making everyone equal, it's about empowering the state, and those who are in power are more equal than the people.