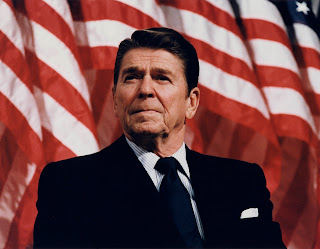 One of the memes of the day seems to be "who is smarter, Democrats or Republicans?" Jeffrey Lord, writing for American Spectator, nails the problem succinctly:

In short, as with Tiger Woods and his woman problem, Barack Obama and his liberal allies have a superiority problem. Liberals/progressives really do see themselves as "entitled" to make decisions for everyone else. They really do believe, as did Tiger, that the rules do not apply to them. Why? Because they are addicted to the idea they are smarter than everyone else.

Yes, yes, yes, their very-smart predecessors gave the nation Vietnam, caused the Great Depression (Herbert Hoover was a "progressive Republican," lest we forget) and then FDR's liberal intellectuals prolonged it.

Jennifer Rubin points to a similar idea from Rachel Abrams:

When you’re comparing the men who brought down the Berlin Wall and the Cold War along with it, liberated the people of Iraq from their butcher dictator and declared war against our terrorist enemies with the men who presided over the Iranian hostage crisis, gas lines, and our national malaise, and sullied the office of the president in a very big way, does it really matter who scored higher on his SATs?

Exactly. Go back to Jeffrey Lord who shares a Ronald Reagan story:

Several times during his presidency, Reagan found himself in the hospital for various ailments. A gunshot wound to the chest plus a couple surgeries. On one of these occasions he was discovered on his hands and knees in his hospital bathroom, wiping up some water. Aghast, the person who discovered the President of the United States so employed received this explanation from Reagan. He had knocked a glass of water on the floor. Quite aware that he was the president, he was concerned that someone -- most probably a nurse -- would get in trouble for allowing such a thing to occur to "the President." Instead of summoning someone to clean up the mess he himself had made -- and thus potentially getting that someone else in trouble -- he had grabbed a towel and dropped to his hands and knees to mop up the water himself.

Lord draws a brilliant and spot on comparison between Tiger Woods and his foibles and Barack Obama. Be sure to read the whole thing.

I'd comment further but I have to go to work and you're smart people and can draw your own conclusions.
Posted by Pat Austin Becker at 6:23 AM

Could you imagine Obama cleaning up some water he spilled? Hell, he would intenionally pour it on the floor and then blame it on Bush.

Reagan wasn't only a great president, he was a true gentleman.

Thanks for the post and the link to the Lord article. Too bad the Progs think that everybody else needs to redress their self-loathing.