And Now We Fight 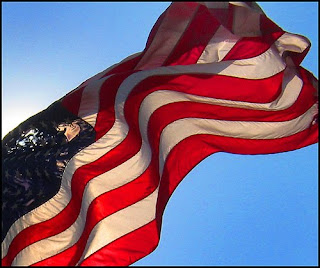 In the aftermath of the fall of our country into socialism last night it is hard to reconcile what happened and come to terms with it. I'm left this morning with a combination of anger, depression and disbelief.

I'm angry at the clueless, yet educated and normally intelligent, people who are gleefully celebrating this shredding of the Constitution and intrusion of government into our lives. I'm depressed about what I know is to come with that intrusion. I expect notices from my insurance company to begin coming any day about rate increases, among other things. How could they not? And then I'm left just shaking my head - "how could this happen?"

What comes next? We fight.

Stacy cites this article from American Spectator in which Phillip Klein looks at how we got here in the first place. Klein says:

President Obama ultimately forced through the health care bill in spite of the political consequences to his party because he’s ultimately a true believing liberal. But it was only because of the failures of Bush-era Republicanism that an ideological liberal with little experience was able to capture the presidency on the abstract notion of change.

I found some good things to look forward to during this debacle. Paul Ryan gives me hope. He fought like a tiger against this thing. He fought every step of the way with eloquence, and with charts. He was informed, prepared and he was right. Take four minutes to listen to his remarks on the floor last night:

Sister Toldjah is fighting mad and knows which way she is going:

Senator Tom Coburn promised a couple of days ago that if the Senate bill passed the House, several GOP Senators would work to expose the no to yes Democrat flippers – specifically, those who were promised $$$ for their districts or ambassadorships or positions with NASA or whatever in return for their vote – including you, Bart Stupak. I eagerly look forward to this glaring, necessary exposure of these so-called “principled” Democrats who sold their political souls (not to mention sold out their constituencies) in order for this President to be able to claim an “accomplishment” for the first time since he’s taken office, an “accomplishment” that effectively means the government has now taken over 1/6th of the American economy. I eagerly look forward to watching the Congressional races of the flipper Democrats (the red state flippers, especially) up for re-election in hopes that each and every one of them are soundly defeated. The repeal of this bill must become a centerpiece of any GOP campaign moving forward this election year.

She's right. We can't just sit around licking our wounds. We have to fight. The reconciliation bill goes to the Senate now. If so much as a single comma is changed, it must go back to the House.

It's time to get geared up for fall elections. Find out who is running in your district. Pick some national candidates you can get behind. Get the right people in Washington to help clean up this mess. Expose all the corruption and kickbacks and bribes and crooked politicians in your district. Write letters to your newspaper. Run for local office! Work in someone's campaign. Make a donation to a good conservative candidate (but please, not the NRSC or the NRCC!)

Michelle has the list of states ready to file claims against Obamacare as unconstitutional.

Don't sit around wallowing in how bad this is going to be and how we've lost our country. That's not what the patriots did when they decided to form this country and break away from the tyranny of the mother country. They fought.

And we shall fight.

I'll leave you with these fighting words from Animal House (via Red State):

Posted by Pat Austin Becker at 5:01 AM

My only disagreement would be with your statement that our country fell into socialism last night. Actually, we made that leap in the 1930's.

You are so right, Comrade.
We must fight this Marxist take over of our country before we start having referring to Barry as Chairman Obama, who will probably now work on immigration reform to solidify his permanent residency in the White House.

Pat - I share your depression and disgust! We need to shake this off and continue to fight. I will be making a donation later to RNC (first time in a long time) because of a new website: www.firenancypelosi.com. I intend to send money as often as I can. Hopefully we can trust the RNC to spend this money as it's intended - to get the house count up this fall so that "the wicked witch of the west" will have to step down. As the old saying goes, don't get mad get even. I also find it interesting that Bart Stupak has a Facebook page but doesn't have it enabled to accept comments on his wall. What does that tell you?

We (conservatives) have to stop trying to fight fair with those who don't fight fair (Socialists). I'm not going to call them Democrats anymore because they demonstrate time and time again that they are for anything other than a democracy.

In my family, the Canadians are cheering, the Americans are split and I'm just... bleh.

But Robert is right, "We fight." Even if we end up like the rest of the world, at least we fought. We stood up and yelled "Stop!".

Quoted from and Linked to at:
DEFCON 1: 'What Comes Next? We Fight.'
-----
It's Time To ROC 'N' ROLL:
Restore Our Constitution & Restore Our Lost Liberties

We are leaning towards the application of the principles of socialism which is geared towards the destruction of our country. It's disgusting to note that the government-the protector of the citizenry is already moving towards the full intrusion of our personal lives.