Frivolous Lawsuit of the Day 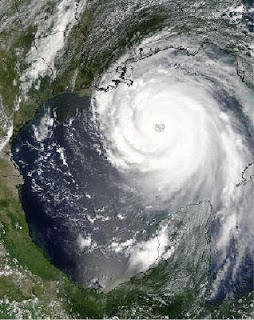 This has got to be the most ridiculous thing I've read all day (but it's early yet...) :

Victims of Hurricane Katrina are seeking to sue carbon gas-emitting multinationals for helping fuel global warming and boosting the devastating 2005 storm, legal documents showed. The class action suit brought by residents from southern Mississippi, which was ravaged by hurricane-force winds and driving rains, was first filed just weeks after the August 2005 storm hit.

"The plaintiffs allege that defendants' operation of energy, fossil fuels, and chemical industries in the United States caused the emission of greenhouse gasses that contributed to global warming," say the documents seen by AFP. The increase in global surface air and water temperatures "in turn caused a rise in sea levels and added to the ferocity of Hurricane Katrina, which combined to destroy the plaintiffs' private property, as well as public property useful to them."

Shame on the lawyer that takes on this frivolous suit. Initially the district court rejected the case but an appeals court decided that the case could be heard.

No wonder the courts are clogged.

I would think it's a lawyer who is fueling this. I can't believe a bunch of people from Mississippi decided they needed to sue for this. This is purely fueled by someone with an agenda who got those who were affected by the storm to target someone for money. Pure ambulance chasing.