Mark Levin Has His Lawsuit Ready 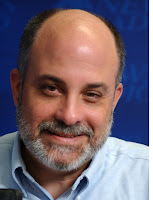 I've been saying, as have many others, that should Obamacare actually land on Obama's desk for signature into law, the first lawsuit will be filed before he reaches the end of the signature line.

And so it goes.

Mark Levin has prepared a lawsuit and is ready to go.

“Landmark has already prepared a lawsuit that will be filed in federal court the moment the House acts. Such a brazen violation of the core functions of Congress simply cannot be ignored. Article I, Section 7 of the Constitution is clear respecting the manner in which a bill becomes law. Members are required to vote on this bill, not claim they did when they didn’t. The Speaker of the House and her lieutenants are temporary custodians of congressional authority. They are not empowered to do permanent violence to our Constitution.”

Jeffrey Lord at American Spectator has more.
Posted by Pat Austin Becker at 8:48 AM