"The Health Care Bill Can Be Defeated" 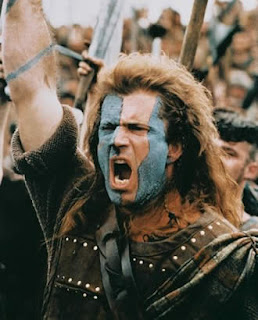 The only way for Democrats to end a debate that’s dragging their president and them under is to vote no. If not, this week will be only the beginning, not the end, of an argument many of them don’t want to have, one that will spell the end of their political careers. That’s why getting those votes is proving to be so difficult.

I found that slightly encouraging in some way. As I wrote this weekend, I'm hoping for a hero (or two, or three) to stand up for their principles, eschew the party line, and vote NO. Stand up to Pelosi, Reid, Rahm and all the rest and say, "This is wrong for America and I'm not gonna do it!"

But then there was Cokie Roberts on ABC News This Week, yesterday, who said Democrats will vote for it because "the status quo is unacceptable" and because at this point they have nothing else to lose.

But, they do. They have so much to lose just like all the rest of us. Roberts says that Democrats will vote for this, knowing they'll lose seats, but will fall on their swords because "of the substance," comparing this bill to civil rights legislation.

Except, this bill shreds the Constitution. This bill will ignite a firestorm across America like nothing we've seen before.

I find myself sitting here thinking, "What else can be written about health care!?" We've been writing about it and talking about it for a year now. Rock solid. There have been more bloggers, pundits and reporters spouting off and pontificating on the pros and cons of this legislation than anything else, lately. I've put up over 140 posts on Obamacare on this blog alone.

But it's worth the fight.

I'll leave it for now with a word of encouragement from Matthew Continetti:

The health care bill can be defeated

And so we will keep fighting. To the last breath.
Posted by Pat Austin Becker at 10:52 AM

The whole time the debate has been going I haven't heard any sweeping pros only cons and mixed "mehs" about the legislation. People need health care: true. People do not deserve healthcare on my dime. People do not deserve healthcare at the expense of trashing everyone else's established providers/plans. Congress and Obutthole are throwing out the baby with the bathwater willingly. Their attitude? We'll make another baby.