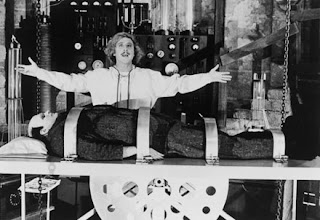 I've never in my entire life seen such a stumbling, lurching mess as is this health care bill. It's harder to kill than a cockroach in a nuclear blast and equally as nasty. It's had at least five incarnations, and that's probably being modest, both with and without legislative language. It's been through kickbacks, bribes, amended, modified, changed, rewritten, compromised, protested, debated, through one presidential summit and hundreds of town halls throughout the nation. We've had medical professionals with prop lab coats, twice, and Senators in tears on the Floor. The potential for future constitutional challenges is likely.

And it won't die.

The Democrats are teetering on having enough votes in the House. Can Nancy Pelosi call it for a vote and risk having just one hero stand up and shut it down? Just.one.vote. Hero!

As others have more artfully explained, the only bill then, that can be signed, is the Senate bill - that bill which is odious to the House. Will the House vote for that?

And now we have Rep. Paul Ryan, ranking member of the House Budget Committee:

Ryan says that, come Monday, Democrats “will bring a shell piece of reconciliation legislation” to the budget committee. “The reconciliation process has to begin there,” he says. “Here’s what they’ll do: They will take the House health-care bill and mark it up so that it can become a reconciliation vehicle. Republicans will make runs at this via motions to instruct, but since we’re outnumbered, their package will get through the committee. Then they’ll send that shell of a bill to the House Rules Committee. The rules committee will then gut the budget committee’s reconciliation bill and drop in all of the deals that Speaker Pelosi arranges with members who vote for the Senate health-care bill in the House.” Those deals, he adds, “will be hard to scrutinize, and we may never know their full extent, since many of them will be orchestrated outside of health-care legislation.”

It just won't die. Once that Senate bill is signed into law, you have a huge new federal job-killing, economy-draining entitlement bill.

It's hard to take solace in the fact that the Democrats will all be tossed out once that happens. That's just not even good enough.
Posted by Pat Austin Becker at 4:38 PM