Armageddon is Upon Us 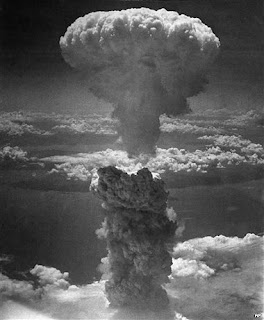 This post at The Corner sort of sums things up for me with regard to Obamacare:

Either way, if the House passes the Senate bill then Obamacare would become law, complete with its massive, overbearing, costly, intrusive, inefficient, and clumsy combination of mandates, taxes, subsidies, regulations, and new government programs intended to replace the American health-insurance industry with an enormous federal entitlement while failing to address the problem of costs. Just about everything the public hates about the bill is in both versions. The prospect of reconciliation is just one of the means that the Democratic leadership is employing to persuade members of the House to ignore the public’s wishes and their own political future and enact Obamacare.

Well, that post, and this one, by Kristin Soltis from yesterday:

Democrats are taking a huge risk here, and it is one that I think they won’t profit from. Let’s not forget — it is not as though Republicans have obstructed this bill against the wishes of the American people; poll after poll has shown just how unpopular these Democratic plans are. Furthermore, prior to the election of Scott Brown, with 60 Democrats in the Senate and a historic majority in the House, the only people stopping the bill from passing were Democrats themselves. The political reality is just terrible for Democrats.

What I find most astounding is how Democrats have passed up an opportunity to both reform health care and remain in a strong position by doing this with a more scaled-down, piece-by-piece process. The best thing the Democrats could do at this point is take the Republicans’ advice and hit the reset button. These bills are so toxic and so loaded down with nonsense that the American people will be outraged if they pass. Why not start over, bring Republicans on board for commonsense items like tort reform, and come out with a political victory and some change to the system?

In the Soltis post I sense the same frustration and amazement that I feel when I look at what's happening. It's just incredible to me that Democrats seem willing to actually follow Nancy Pelosi''s kamikaze command to vote this thing in.

It simply could not be more plain that the American people oppose this bill. Most people don't want this bill. Reform, yes. This bill, no.

What's so baffling to me is that there is so MUCH bad stuff in this bill, and while both the House and the Senate bills are bad, I'm referring to the Senate bill now because that's what's going to the House next week. I have to believe that there is still a large majority of the American people that are not involved, not informed, or just don't care, about what is about to come down upon them or else they would be crawling all over Washington and voicing protest as loud as they could.

All I can suggest at this point is to continue to tell everyone you know, everywhere you go, how bad this bill is. Every single person needs to call their Representative and Senator and just melt the phones.

At this point, of course, many of those in Congress seem to just not care what you think. There's not much, I suppose, that you can do about that. If they're willing to fall on their swords for what they "believe is right" then there isn't much you can do. But I'm not willing to believe that. I believe we can change enough votes if we try.

I will never stop trying. I will NEVER stop fighting this bill until the last vote, the last signature, the last move.

It is WRONG. It will ruin the American economy. It will ruin American health care. It will put people out of work. It will expand the entitlement system to depths we've NEVER seen in this country. It is just tragic.

Melt the phones.
Posted by Pat Austin Becker at 4:28 PM