Consider the Constitution as So Much Confetti 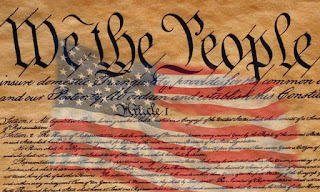 It doesn't happen often, (and it's almost never good when it happens to a blogger) but I'm almost beyond words at this point over what is happening in Washington.

This afternoon the Republicans forced a vote on the Slaughter House rule, a vote which if successful, would force an actual on the record vote of the Senate Obamacare bill. The bill was defeated 222-203. This means 222 Dems voted to allow the Slaughter House option to proceed. As Ace says, wouldn't these same 222 vote for Obamacare?

222 Dems voted to shred the Constitution. Twenty-eight Democrats broke with their party to vote with Republicans.

Where are we now?

Now we're facing a weekend vote on Obamacare. Do they have the votes? Reports are that they don't at this point. But they're too close for comfort.

Michelle Malkin has the weekend schedule:

Steny Hoyer announces weekend schedule on House floor. House will convene on Saturday at 9am with votes as early as 10am, then on Sunday at 1pm — no votes before 2pm. Possible votes on Monday before 630pm Eastern.

The text of the "wreckonciliation" bill can be found here.

Mark Levin should have his lawsuit ready to go. I suspect he'll get a chance to file it.

Meanwhile, the Constitution is just so much confetti.
Posted by Pat Austin Becker at 2:39 PM

It seems that the plan is to pass the bill with or without a vote and impose it on the American people.

There are 222 members of Congress who should be hung by the neck from lamp posts on Constitution Avenue and be left there until the ravens pick their bones clean.

But that won't happen.

I never thought I'd live to see the end of the Republic but it appears that I have.