"That's What Elections Are For" 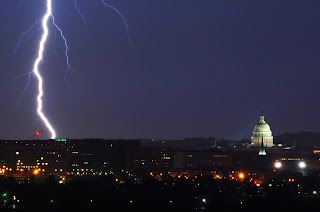 Be sure to read the piece in the WSJ this morning regarding reconciliation which Obama is expected to basically support today:

Liberals are quick to tell you that reconciliation has been used by both parties and so therefore we just need "to quit crying" about it, however, it's never been used quite like this:

Democrats often point to welfare reform in 1996 as a reconciliation precedent, yet that bill passed the Senate with 78 votes, including Joe Biden and half of the Democratic caucus. The children's health insurance program in 1997 was steered through Congress with reconciliation, but it, too, was built on strong (if misguided) bipartisan support. The Balanced Budget Act of 1997 that created Schip passed 85-15, including 43 Republicans. Even President Bush's 2001 tax cuts, another case in reconciliation point, were endorsed by 12 Senate Democrats.

The only precedent within historical shouting distance is Ronald Reagan's 1981 budget, which was controversial because it reshaped dozens of programs. But the Senate wasn't the problem—it ultimately passed the budget 80 to 14. The real dogfight was in the Democratically controlled House, where majority rules have always obtained, yet Reagan convinced 29 Democrats to buck Speaker Tip O'Neill. Reconciliation, in other words, wasn't used to subvert the 60-vote Senate threshold, but rather to grease the way for deficit reduction.

In other words, it's never been quite along party lines like this bill has been. The only reason reconciliation is in play here is because Democrats can't get it through any other way and can't garner enough public support for it. The public has been clear that they don't want this bill.

The goal is to permanently expand the American entitlement state with a vast apparatus of subsidies and regulations while the political window is still (barely) open, regardless of the consequences or the overwhelming popular condemnation. As Mr. Obama fatalistically said after his health summit, if voters don't like it, "then that's what elections are for."

You bet they are. And we'll remember that advice, Mr. President.
Posted by Pat Austin Becker at 5:10 AM

Oh yes, we'll remember it well. He's probably convinced himself that by 2012 we'll be "over it." But no, not quite.

2012 would be too late if this goes through.

Elections correct mistakes like the on made in 2008.
I think in 2012 the American people will correct their mistake through Reconciliation.

Obama is showing why the framers would have never allowed him to be President. He's not a Natural Born Citizen, since his father was never a citizen, no matter where he was born. He shows no attachment and allegiance to this country. Your Governor, Jindal, is not a Natural Born Citizen either, since his parents were not citizens when Bobby was born. Quo Waranto in the DC district is the way to oust Obama from office. 2012 may be too late.