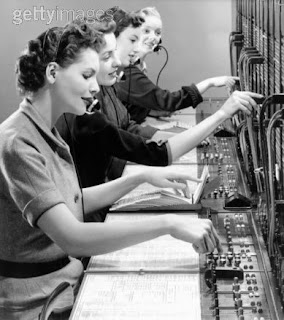 For the second time in history Rush Limbaugh has crashed the phone lines at the Capitol switchboard.

Since Rush doesn't normally use his show as a call to activism, Michael Calderone asked him why now; Rush's response?

"This is ball game. This is ball game, and Michael, the only reason we're at this point is because the American people have stood up. The Republicans don't have the votes to stop this. And the Martians don't have the votes to stop this. Republicans may as well be Martians on this given their influence. All we can do is continue to have the American people let it be known they want no part of this -- the substance of the bill or the process. They don't like it. And that's why I am urging -- because this is a transformation of our country into something that no one has ever seen it be like. And we don't want that transformation to take place. We like America as it was founded. We don't want to turn it into a third world country."

And the lines have indeed crashed.

Neil Cavuto, on his program this afternoon, has repeatedly tried to call through and all he gets is a busy signal.

The Hill reports that the system began crashing early this afternoon:

The office of the Chief Administrative Officer (CAO) sent out a system-wide advisory to member offices at 2 p.m. on Tuesday, warning them of the dramatic increase in traffic.

“Our phone system is nearing capacity,” said Jeff Ventura, spokesman for the CAO. “It got critical enough whereby we notified all systems administrators throughout the House that the phone systems are overloading.”

Here is Rush's Code Red list. Representatives prefer to hear from their own constituents and many of their email contact forms require a zip code or address within their district. Don't let that deter you.

TPM, for example, reports that Rep. John Boccieri (D-NY) is still undecided and has been deluged with calls:

On Monday Boccieri's office received 1,500 calls, nearly all of them about health care and substantially higher in volume than a normal day, according to Jessica Kershaw. A new staffer starting in the Washington office Monday logged 400 of those calls on her own, doing nothing but answering the phone. In addition, aides had 1,200 e-mails in their system sent over the weekend - more than twice the normal volume.

Of the 1,500 calls, 985 were from people calling from outside of the district about health care. The office said many of them were run through an autodial system by various groups. When a real person of the eight answering phones isn't available, the calls kick into a general voicemail box. When that's full, staffers individual voicemails fill up.

The calls are about evenly split on the pro-health care and anti-health care, though Boccieri would prefer to hear thoughts on health care coming from within his district, Kershaw said.

Whether or not you're in some one's district doesn't really matter. You're still an American and a vote FOR Obamacare will change America and put us on the road to catastrophe.

(More at Memeorandum)
Posted by Pat Austin Becker at 3:41 PM

Good news, and I hope people keep calling all week.

I disagree that it doesn't matter whether you are a constituent or not when you call.

It's possible that the calls from outsiders kept calls from constituents -- who rightly have more influence -- from getting through.