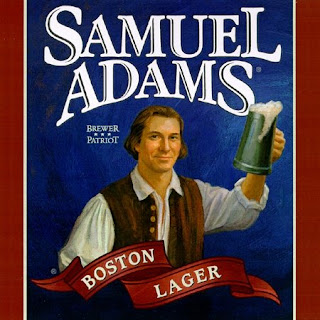 You've got to know that this blog will weigh in on the beer diplomacy which is scheduled to occur this evening at the White House. Politico has a report on the beer companies attempting to wrangle their beers into the summit and onto the table, and it seems all the beer world is awaiting with sudsy breath which beer will be the beer of choice tonight.

I doubt it will be Budweiser because lord knows Cindy McCain has enough houses and we don't want to support that. And besides, Anheuser-Busch isn't American owned anymore. Miller Beer is actually owned by South African Breweries, so it's not really American either.

Maybe it will be an import. Think global. I do love my German beers.

I'll put my personal pick out there - I think they should pick a Sam Adams beer. Appropriate, no? It's American made, invokes the name of a true American patriot, and is darn good beer.

Of course, there will be protesters out in force tonight. Politco reports that '"Citizens Against the Beer Summit at White House', a makeshift gathering spearheaded by Baltimore pastor Dr. Emmett Burns, will picket the White House today between 12 and 3 p.m. 'The president's actions are sending the wrong message to our nation's youth who are becoming alcoholics at young ages,' reads an announcement for the protest. 'This pernicious habit is also the reason for the large number of teen motor vehicle accidents throughout the country.'"
There's always a protest. I understand Dr. Burns message about alcoholism but I think he's missing the point here.

Is it a sign that not only Obama needs a vacation, but we all do, that we are so focused on beer diplomacy? Too many weighty issues on our minds lately? Who knows. All I know is that I'll be glad for Gates-Gate to end and I will personally lift a beer myself tonight to celebrate the end of it.

Update: Bloomberg has their choices.
Posted by Pat Austin Becker at 9:43 AM