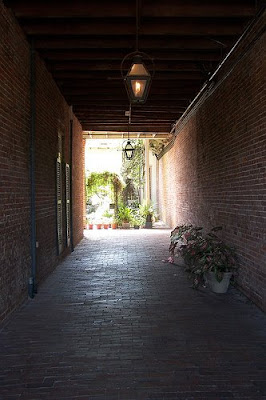 Thunderstorms blew up out of nowhere yesterday evening and we, as we do every time it rains, lost power. I had taken The Teenager up to the grocery store where he works; he wanted to run in, check his schedule, and buy cookies. I sat in the car outside waiting for him and could see the storm come in. To the north, the sky was blacker than I've ever seen it with lightening strikes shooting straight down to earth. A look in the opposite direction, and the skies were still that hazy summer blue.

The wind kicked up, the shopping carts in the parking lot rolled and crashed into parked cars, plastic bags ballooned up with the wind and skittered across the parking lot. I sent a text in to The Teenager to hurry up!

We got home just as the power blew out, around 8; it finally came back on around midnight which was actually sooner than I expected because of all the lightening.

At any rate, the rain was welcome, but I ended up sleeping much later than usual today. By the time I got up and checked the blogosphere, Robert Stacy McCain had already headed to DC to burn some more shoe leather on the IG story, Carol had put Hilzoy at Obsidian Wings in his place, Professor Jacobson had received an Instalanche, and I felt like the kid who missed the bus for school.

Then I watched the video Sarah sent me, cried for twenty minutes, and had to go redo my makeup.

And of course that put everything into perspective. The video. Not my makeup.

Steve and I are heading to Natchitoches this weekend to stay at the lovely Church Street Inn. We're 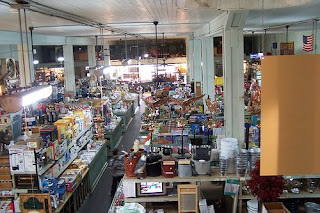 going to stroll the historic district, wander into shops, eat some meat pies at Lasyone's, shop at The Book Merchant (my favorite place in the world), and maybe go to Oakland Plantation.

We're going to go to the Kaffie-Frederick Hardware Store which has everything under the sun from old-fashioned sleds (not much call for those in Louisiana), galvanized wash tubs, nails and sundry hardware items, washboards, wrought iron pieces, kitchen items, childrens toys (like jacks, tops, jump ropes). It has wooden floors and a wooden staircase to a second level where there's a bridal registry and, in season, a Christmas shop. Here's a "Where's Waldo" activity for you. Find the plastic owl in the picture of the hardware store.

We'll meander along the Cane River, look at the paddle boats and the houses across the river. 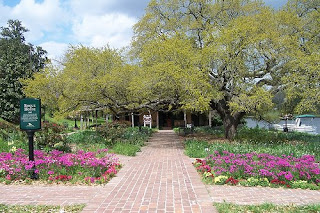 The Rocque House is one of my favorite buildings in Natchitoches and sits right on the River. I once bought an adorable stained glass gingerbread-man ornament there. You can't really see the house in this picture but it's behind those trees.

I don't know if I'll take my computer but if I see anything interesting I'll post it via my phone to the blog. And I'm sure I'll keep TwitPic busy.

Meanwhile, until then, there are dragons to slay in the news and so I better go get caught up. I'm behind everybody else today!
Posted by Pat Austin Becker at 12:29 PM

Someone sent that video to me a couple of days ago and I was a blithering idiot watching it!