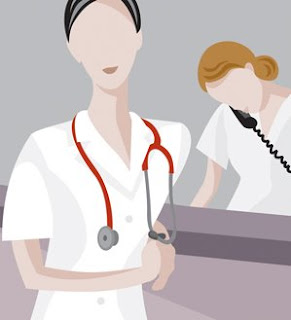 After my post yesterday on the mandate in Obamacare for end of life counseling for seniors, (I "Twittered" the link) a few people responded with remarks along the line of - Why shouldn't we counsel the elderly? and You should be more worried about people that can't go see a doctor! and even accusing me of a lack of empathy for the poverty-stricken because I'm opposed to Obamacare.

I want to address first the fact that people don't have access to doctors. For the most part, everyone has access to medical services. In case of an emergency, no hospital will refuse to see you. For routine matters, lower income children have access to SCHIP; there is also Medicaid. For seniors, Medicare. I'm not saying all these are perfect plans and no one, not even Republicans on The Hill, are suggesting that some health care reform doesn't need to be achieved. But there is access.

The whole rush to reform health care "right now!" is partly based on the fallacy that 46 million people can't afford health insurance. This is not true. Some of those people choose to be uninsured; some are young and invincible and choose to spend the money on other things. Others are eligible for Medicaid and have never enrolled. Some of those 46 million are illegals. When you filter out those people, you get down to about 8 million who cannot afford health insurance.

This is the only place that liberal "lack of empathy" argument might hold water - I'm not sure we need to sacrifice the coverage the rest of the nation has for those 8 million. What about empathy for the rest of the nation? Talk about empathy, have empathy for the guy with the broken arm who has to wait 12 hours (if he's lucky) to have it set, or empathize with the child who needs an MRI but has to wait six months to get it. That's what health care is like in countries who have plans such as the one Obamacare will lead us to.

As far as mandatory counseling for the elderly - I stand by what I said yesterday. That's way too much government involvement in one's personal medical decisions. The family and the patient and patient's doctor should make those decisions. Period.

I have an 84 year old mother who I can guarantee you would NOT be enthusiastic about talking about her personal medical decisions to some Obamacare "representative".

Even if that mandatory counseling comes down to being administered by your own personal physician, it's still government interference. If a patient feels the need for those services, make them available, but not mandatory.

Louisiana Governor Bobby Jindal has a piece in today's Wall Street Journal on how to make this health care reform bi-partisan which is the only way it will succeed. In it he refers to health care as a "basic human need" which is the correct terminology. Health care is not a "right" and not something that must be funded and provided by the government. Obamacare would fare better if it would drop the public option and concentrate on the actual reform measures.

Jindal also points out that Obama would fare better if he would speak honestly to the American people about the measures in the bill rather than with falsehoods, such as "you will be able to keep your coverage." That's a lie, as I wrote yesterday.

It's not accurate to accuse those who stand up against Obamacare as lacking empathy; there are plenty of other reasons to stand up against it. Obama said yesterday that those who were blocking his plans were only trying to score political points, or playing the politics of the moment. Those claims and the lack of empathy claims ring of desperation to me. The plan as it is written is going down in flames and those who want health care reform would do well to slow down and regroup.
Posted by Pat Austin Becker at 8:57 AM

I'm not sure how concern for those who would be denied care for financial reasons, or those who have to wait in pain to have care approved by a bureaucrat, is "lacking in empathy". I'm also at a loss as to how considering the economic devastation caused by all the tax hikes to pay for it (which will lead to even higher unemployment) is such a horrible thing.

Unfortunately lefties have a bad habit of turning our empathy against us. It starts with, "You don't have any empathy" (translation: 'you're a big meanie'). But that would never be enough. Through a nonending onslaught of nuances, finesses and emotional blackmail the true final point is reached: "You're a big meanie if you're not for ObamaCare."
Along the way it is strenuously ignored that the exact nature of the problem we are addressing has never been stated. Are we talking about 14 million people that need help and 47 million who just need direction to solutions already in place? Are we talking about 3.5 million people badly in need of help? What per centage of the help will go to illegal immigrants who will only immigrate to get medical care?
If it is only 7.3 million people who need help, why do we have to totally disrupt the health care of a couple hundred million people to fix their problem? Why not just design a fix for the 7.3 million or 5.8 million or what ever the number is that we never closely researched? And why was this number never researched and exactly defined? What does Obama have to lose by clearly defining the problem before solving it? If you can't EXACTLY state a problem, do you even have a problem? Or is this just another example of Goebbels' Big Lie technique in action?

These are basically the same people who abort babies (they aren't fetuses, their babies), now they want to kill of older people when they no longer serve a purpose, but they cry when someone harpoons a whale? (Not that I'm for harpooning a whale.)

These people are Godless.

What they plan to do with people who are sick and old and no longer serves their purpose is no different than what happens on a dairy farm. Good old Bessy is allowed to eat, drink, and live a merry cow life, but once she is no longer capable of producing calves and milk, you'll be seeing her on a bun with a slice of melted cheese, pickles, onion, lettuce, and light mayo.

Well said Pat. I wish I could be as cool headed and logical as your when I try to discuss this with my liberal family and friends. I end up sound like Donald Duck having a temper tantrum instead.