Stormy Has a Stormy Temper 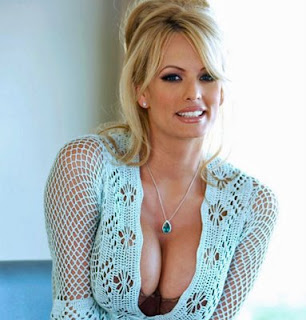 Just in case you were taking Stormy Daniels seriously in her proposed Senate run against David Vitter, I'd say she just became a little less likely as a viable candidate. She was arrested Saturday in Tampa after a domestic violence dispute with her husband.

"Daniels was arrested Saturday on a domestic violence battery charge after she allegedly hit her husband at their home in Tampa, Fla., during a dispute about laundry and unpaid bills. "

According to the report, Daniels hit her husband several times, threw a plant, knocked candles off the coffee table, and threw their wedding album.

The Dead Pelican links to the arrest report.

Maybe this makes her MORE viable in Louisiana as a candidate, but I'm thinking not.

In another bizarre twist, her campaign manager's car exploded in New Orleans on July 23.