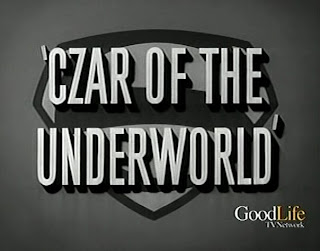 In Michelle Malkin's new book, Culture of Corruption, Chapter Five is called "Backroom Buddies: Dancing with the Czars." We already know that Obama has more czars in his White House that anyone ever before. He wasn't the first president to have czars, but he's the first to have so many.

After so many boondoggles and failures in his initial Cabinet picks, which require Senate confirmation, Obama resorted to the czar method as the czars need no such arduous vetting process to achieve their position. As Malkin writes, "The nomination process has proved to be a dangerous landmine for one too many Obama picks."

Had we had the benefit of that vetting process, maybe Obama's science czar, John P. Holdren, would have blissfully fallen by the wayside. He's the one that said this:

“The fetus, given the opportunity to develop properly before birth, and given the essential early socializing experiences and sufficient nourishing food during the crucial early years after birth, will ultimately develop into a human being.”

“Human beings cling jealously to their prerogative to reproduce as they please—and they please to make each new generation larger than the last—yet endless multiplication on a finite planet is impossible. Most humans aspire to greater material prosperity, but the number of people that can be supported on Earth if everyone is rich is even smaller than if everyone is poor.”

Kathy Shaidle points to this quote in which Holdren advocates a campagin to de-develop the United States: “De-development, means bringing our economic system into line with the realities of ecology and the world resource situation. By de-development, we mean lower per-capita energy consumption, fewer gadgets, and the abolition of planned obsolescence.”

Amanda Carpenter of the Washington Times contacted Holdren's staff for a statement on these remarks and was told, "This material is from a three-decade-old, three-author college textbook. Dr. Holdren addressed this issue during his confirmation when he said he does not believe that determining optimal population is a proper role of government. Dr. Holdren is not and never has been an advocate for policies of forced sterilization."

So does that mean that Holdren no longer believes that children must be "socialized" before they become "human beings?" Or that population control is critical to the survival of the planet? Or is it that he believes it and just doesn't think it's the "proper role of government" to advocate these positions?

Some in Washington believe that czars should undergo Senate confirmation given the power they hold. Quite often their power overlaps with other appointed positions, for example, in writing about Urban Czar Adolfo Carrion, Malkin writes, "But doesn't the president already have a Secretary of Housing and Urban Development? Why, yes. Yes, he does." Nancy-Ann DeParle is the "health czar" but Kathleen Sebelius is is over HHS (the post that Daschle was initially appointed). Redundant?

The problem with the czars is that they don't get that vetting process which revealed the tax problems of Geithner and Daschle, or the ethics problems of Bill Richardson.

Had John P. Holdren been made to go through the vetting process and Senate confirmation, would he still have obtained such a position of power?

And aren't many of these czar positions redundant? Are their salaries seriously that necessary?
How many more czars are we going to have before it's all over?

I guess the next one will be a "Race Czar." If he starts looking for a "Beer Czar", I'm in.
Posted by Pat Austin Becker at 8:25 AM